Share All sharing options for: Tuesday Rockpile: The coaching staff is almost complete

Three of the four positions on the Rockies' coaching staff have been filled, though they'll all be announced at the same time. The bench coach will be:

The bullpen coach will be:

The third base coach will be: 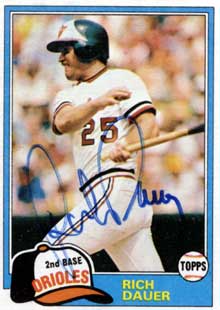 Thomas Harding has a new mailbag up at the Official Site. One of the questions Harding answers is whether the Rockies should look into trading for the Florida Marlins' Dan Uggla. Harding doesn't think too much of it, and says the Rockies believe they have enough depth at the position with Barmes, Baker, Stewart, and possibly Chris Nelson. I'd also throw in Eric Young, Jr. as another part of possible 2009 depth at the position. But until we learn of Garrett Atkins' fate, Ian Stewart is floating around the diamond. Here he's still a possible candidate to play second base in some capacity, and straight  from the mouth of Dan O'Dowd, Ian Stewart is a "very viable" candidate to take over the Matt Holliday-vacated spot in left field.