Share All sharing options for: Monday Rockpile: The Hall of Fame Announcement

The 2009 Hall of Fame Announcement will be announced today at 2 ET on the MLB Network and on MLB.com. Rickey Henderson, first-time eligible on the ballot, should be one player elected to the Hall of Fame in 2009 (Joe Gordon was selected by the Veterans Committee). Henderson may be the only player on the ballot elected, unless Jim Rice somehow convinced 16 more voters to select him on their ballots. Mark McGwire is on the ballot for a third year after appearing on 25% of the ballots each of the last two seasons. David Cone is eligible for the first time, but even with a Cy Young award, a perfect game, and five World Series rings, he doesn't have a great chance at being elected (at least on the first ballot). There's also Mark Grace, who likes to make drawings on the screen when the sound goes out during broadcasts.

And this brings us, as it does every year, to the Rockies and the Hall of Fame. Which leads us to the first real candidate the Rockies have (OK, so Andres Galarraga is elgibile next year, I believe, but he has less of a chance than this guy): 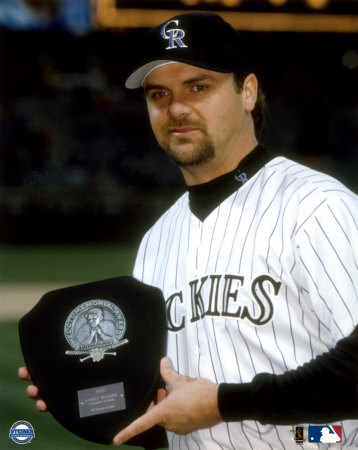 Here's what Walker did in 17 seasons: 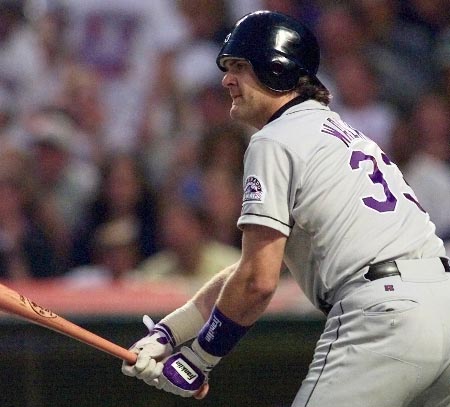 If we look at his Baseball Reference page, Walker compares favorably to several Hall of Famers and current top players (who will be seriously considered for the Hall of Fame): Duke Snider, Joe DiMaggio, Johnny Mize, Chuck Klein, Vladimir Guerrero, and Chipper Jones.

Back in 2002, John Brattain countered many of the arguments used in support of Walker. In 2011, we'll begin to see where Hall of Fame voters stand on Walker. For now, we wait to see who is part of the 2009 class.