My experience at Game 3

Share All sharing options for: My experience at Game 3 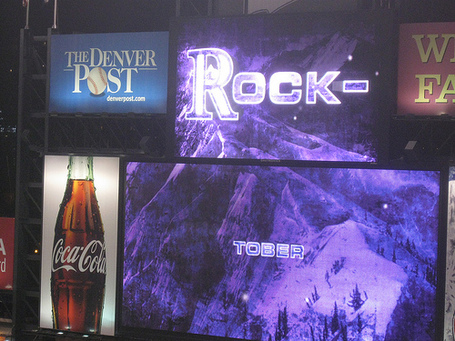 Last night was my first playoff baseball game.  For those of you who could not attend, I'll try to chronicle the experience at Game 3, the first playoff game at Coors Field since Jon Lester clinched the World Series for Boston almost two years ago.

I expected to feel exhilaration, anxiety and excitement for the game.  Oddly, my first two strong emotions were frustration and confusion.  In spite of arriving an hour early, I missed the first half inning, as the line to enter the stadium took over 50 minutes.

Then the confusion set in as I walked through the tunnel to my section.  There wasn't supposed to be snow in the forecast...why was this kid wearing a ski mask?  What was with the dry snow falling down around me?  Then I realized it wasn't snow at all.  The kid was silly overprepared and the white stuff wasn't snow at all.  It was white fibers billowing off of 50,109 white and purple oscillating Rocktober towels.  Ah, playoff baseball at last. 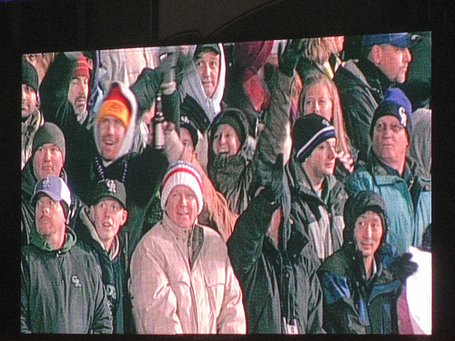 I look forward to seeing a thawed out version of Purple Fever later today.  I've included a few other Photos under the fold. 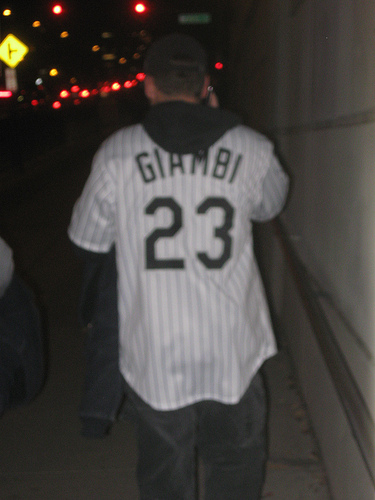 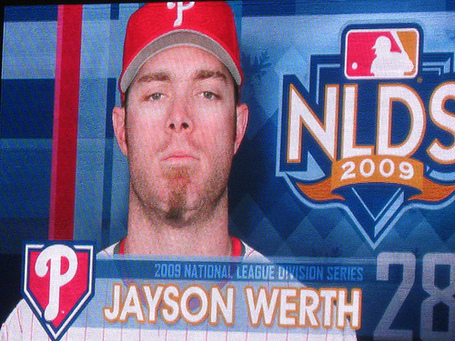 Players had new NLDS-style photos.  While the Phillies trended towards imitating a biker gang mug shot.... 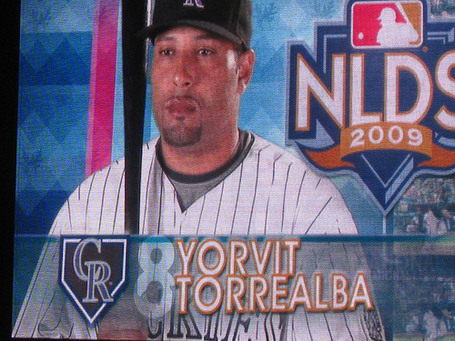 Yorvit Torrealba decided to go with a sad puppy look.  Most of the Rockies sported disinterested/spacey mugs, including this one of Tulo or this one of the Little Pony. 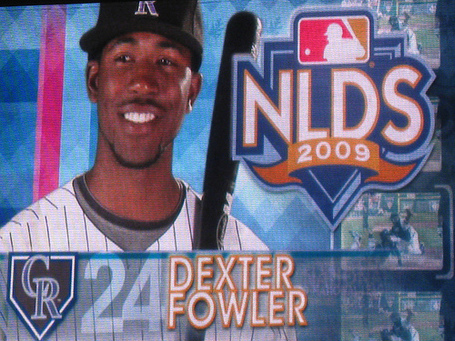 But of course, Dex is incapable of not smiling. 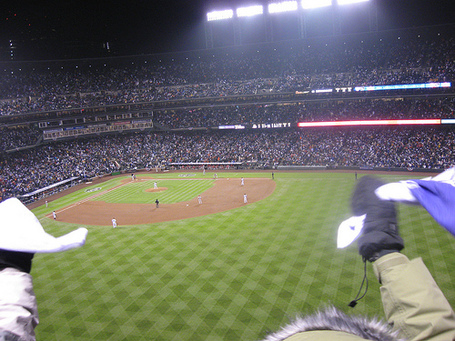 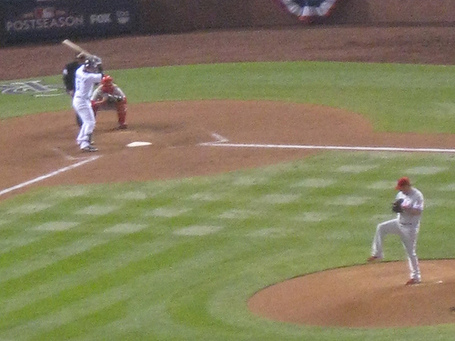 Scott Eyre delivers a pitch that would eventually end up in left-center field after a CarGo double. 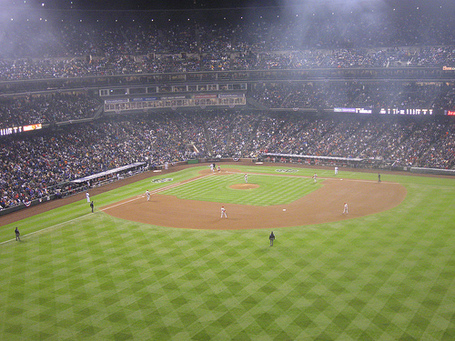 Smoke lingers above the field after a short burst of seventh inning fireworks.

It was a tough, tough game to lose, though I'll certainly remember it for its frigidity as well as my initiation to playoff baseball.  We'll get them later today with Baldy on the hill, then all bets are off for Game 5.  It's not like we haven't won a Cook/Hamels matchup at CBP or anything...