To be at Game Four: Bust out your hankies

Share All sharing options for: To be at Game Four: Bust out your hankies

Huston Street's blown save absolutely should not allow us to forget the awesomeness of the bottom of the eighth last night. If you are sufficiently numb, masochistic or very strong, I filmed (very amateurly on a still digital camera) the bedlam that ensued after what surely must be now known as the Rocktober Yorvit Special: a lead-giving-bases-clearing-double-over-the-center-fielder's-head:

It was symbolic in many ways. The Rockies were kicking, screaming and fighting until the end - a glorious, wild, and entertaining finish. Yet it just would not be enough.

As it is, the future looks bright: 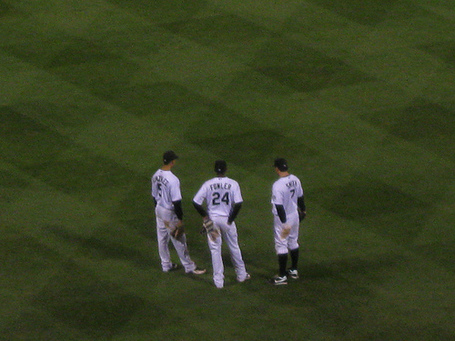 I have a small handful of other photos after the jump. 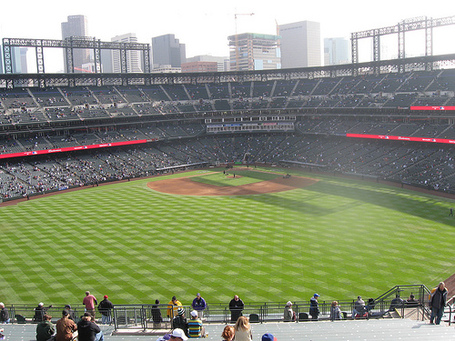 It was a beautiful day for a baseball game. 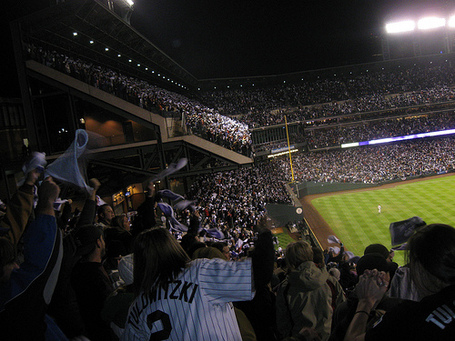 Anticipation in the top of the ninth. 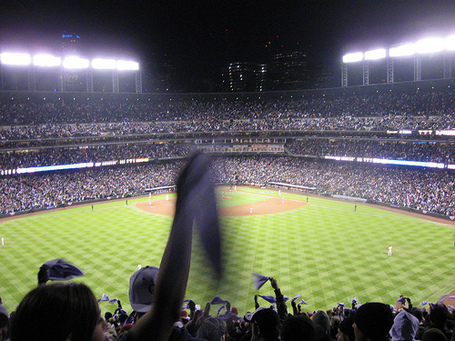 You just can't mind your view being blocked by a Rocktober towel. 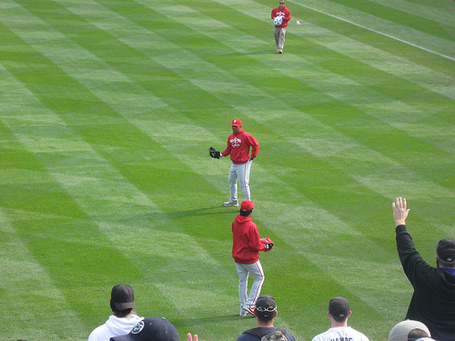 Pedro Martinez was hounded by dozens of Rockies fans for a souvenir ball, and he walked away as if deaf. Moments later, he unleashed a backwards, no-look underhand popup into the seats and watched as surprised Rockies fans shoved each other out of the way for the ball. He passed out at least a half dozen balls, mostly to children, and from what I could tell, all Rockies fans.