Korea and Japan think they're sooooooo cool just because they're done before us. They both arrived in Phoenix on Tuesday and have begun workouts and practices. Japan will play the Giants today, and tomorrow will play the Cubs. The Koreans will face the Padres today and the Dodgers tomorrow.

In a mind-blowing finish, the Cuban squad ousted the Australians in a 5-4 victory that was absolutely for the ages. Playing until 1:30 in the morning, both teams scrapped and beat and balked their way back and forth through the game, changing leads and exchanging hits - both with the bats and on the limbs.

Australia carried a 4-3 lead into the 8th inning, when, with 2 outs, Cuban 262-lb 6'0 PH Yosbany Peraza - noted thumper and IBB man (think a Cuban Matt Stairs) - clubbed an absolute meatball over the fence with a man on too give the Cubans a 5-4 lead over the Aussies. 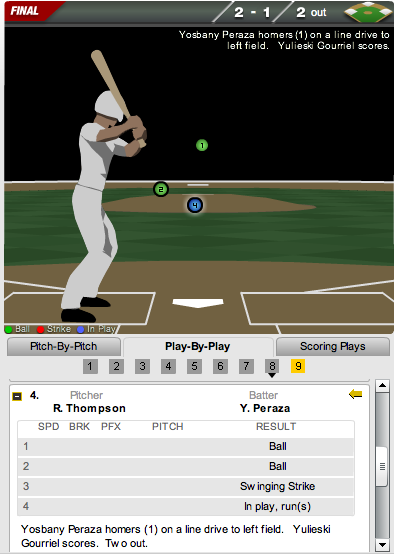 Cuban reliever Ismel Jimenez hung on for 2.2 innings - through the 9th - to nail down the Cuban victory.

Cuba will advance, and will play the winner of the Australia and Mexico rematch later today.

Australia and Mexico will have their grudge match later today at 10PM ET (MLBN, ESPN Deportes). If you can, watch this game, as it may just be the game of the tournament. Host team Mexico is fighting for their tournament lives, and Australia will be playing with absolutely nothing to lose.

As of 11:27ET, Mexico is up 5-0 in the top of the 4th, bases jacked, nobody gone, against Australia. Starter David Welch was chased after 3.0 innings pitched, 4R, and Brendan Wise receives a "+" under IP and his batters are still slowly converting.

Pool finalists USA and Venezuela will fight for the pool championship tonight at 6:30PM ET. Venezuelan Manager Luis Sojo has named Victor Zambrano his starter in this game. USA Manager Davy Johnson has announced that Ted Lilly will get the start and will be followed by Jeremy Guthrie. The key to remember for the US is that with 2 days' rest, the USA has a fresh pen, while Venezuela has had to crack into such pitchers as Francisco Rodriguez.

Remember that both teams advance, this game will determine the seeding of the next round.

The United States has been defeated by Venezuela by a final tally of 5-3. USA Starter Ted Lilly pitched his 3 innings, allowing only a solo HR to C Henry Blanco. Jeremy Guthrie provided Venezuela with the rest of the offensive boom they needed, allowing 4ER on 7H, 2BB over 2.0+ IP. The Venezuelan pitching staff pitched effectively, allowing only 3ER on 7H, 5BB, and KRod came in and was able to retire the USA squad with no damage.

<opinion>I question a lot of the way that the game was managed. I understand that for the Orioles' sake, Guthrie needed work, but Johnson seemed to want to run the game as if it were, in fact, a spring training match, rather than feeling the need to win. Personally, I would have liked to see 1. More Grabow and 2. Less Pedroia.

It's coming to the point where the USA should seriously consider starting Mark DeRosa in Game 1 against Puerto Rico. He may not be the defensive stud that Pedroia is, but Pedroia hasn't done much to impress with his bat thus far. Or another thought - DeRosa in RF, Dunn DHing, and then just figure out someone at 2B.</opinion>

Both teams will now head to Miami, where they will meet up with Netherlands and Puerto Rico for the next pool of play.

The Dutch Upsetters have advanced in the game of Honkbal in a magical streak I'm dubbing Honktober.

I'm just kidding. About the Honktober that is.

After another series of misplays, defensive miscues, and wild pitches, the Dominicans coughed up 2 runs in the bottom of the 11th to give the Netherlands a berth to the next round of play. They will face off against the Puerto Ricans again today to determine the Pool Winner (5:30PM, ESPN2, ESPN Deportes).

Despite the momentum from last night's victory over DR, Puerto Rico defeated the Dutch team 5-0. Puerto Rico trotted out an entire Spring Training's worth of pitchers, but the difference was that they had the lead. Netherlands used only 5 pitchers, so the 5 runs were spread out a bit (Alexander Smit had 0R over 1.0IP, the rest allowed at least 1). Control was a major issue for their pitching staff, walking 9 (5 from starter Pim Walsma). The Netherlands did manage 6 hits over the course of the game, but not strung-together well enough to muster any runners crossing the plate.

Both teams will still advance to the next pool.

Seriously, if you can, watch the Australia/Mexico game. I can't pick a single game to dub the "game of the tournament" but this might just be it.

Assuming the Mexican team hangs on through the rest of the game, the next round will look as such:

Game 1: Winner of Mexico/Cuba vs Japan

Game 2: Korea vs Loser of Mexico/Cuba

The Pool structure will be the same as the first round.

As for now, it's time to prepare for my flights back to Denver, so have a good night, RowBots, and I'll attempt to have some sort of midday post to prepare us for the next round.

Also, I'll post some pictures to get everyone all excited.