Sunday Rockpile: By these powers combined...

Share All sharing options for: Sunday Rockpile: By these powers combined...

Patrick Saunders writes on Jim Tracy's role with the team. I wonder if Clint Hurdle will be quoting Royal Tennenbaum when he talks to Dan O'Dowd about Tracy:

Actually, I'm just hoping that the combination of Hurdle+Tracy+Baylor, three managers that were either unsuccessful or only mildly successful by themselves, combine into one amazing ubermanager like Captain Planet and the Planeteers or something.

Troy Renck writes about why signing Pedro's a bad idea for the Mets or any other team, why the Rockies' Vegas line of 78 wins might be accurate without something we haven't seen yet from our pitchers and why Kevin Towers is a vulture in a notes compilation.

Jason Grilli's first action back with the Rockies wasn't so hot, to say the least, but before we get overly concerned, check out this post and chart by Beyond the Boxscore's Harry Pavlidis, who shows how pitchers in the WBC, including Grilli, are all off on velocity from what they were throwing last season. The theory goes that as their arms warm up, the velo returns. We better hope so in Grilli's case, because the system can't sustain adding any more trouble to the pitching mix. 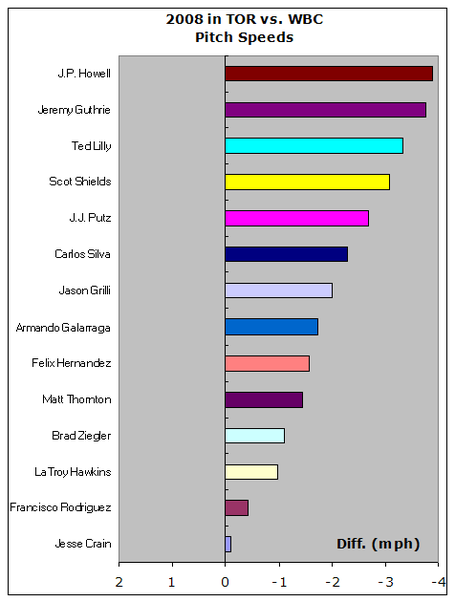 Tracy Ringolsby goes over the options for what O'Dowd can do with Ian Stewart, which remains one of the Spring's more tricky puzzles. I'd much rather have dilemmas like this, where you have too many competent players, than the one we're looking at in the starting rotation.