Share All sharing options for: St. Patty's Day in Tucson

Happy St. Patrick's Day to everyone!  It was yet another hot day in Tucson as the Rockies pulled out their first tie of 2009.  Today also brought the return of Ubaldo Jimenez and Jeff Baker,  and Todd Helton's third home run.

We ventured to the major league batting practice fields, where they are continuing the scored contests of situational hitting and bunting.  We watched Christian Friedrich pitch in a minor league scrimmage on the minor league fields

Christian Friedrich showed off his curveball by earning a strikeout in a scrimmage on the minor league fields.

Check it out here 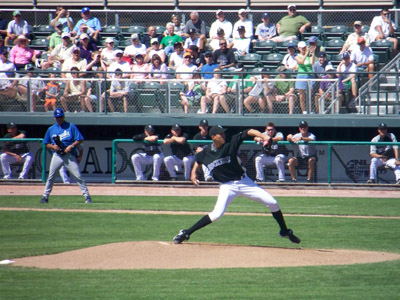 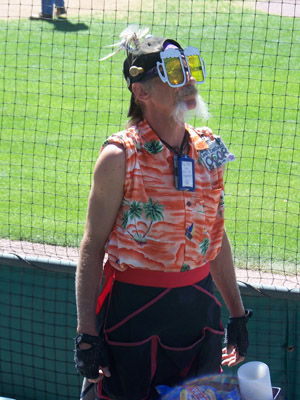 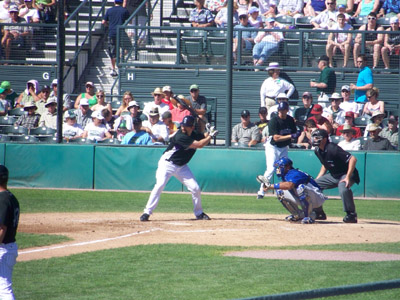 Todd Helton gets ready to unload on his first inning home run. -mkorpal 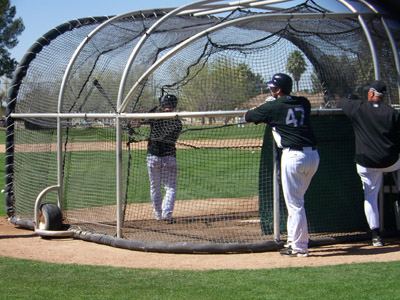 Joe Koshansky watches Matt Murton drive a pitch to deep left field in BP.  Murton may be small, but he sure has power.  The team worked on situational hitting off of pitching machine curveballs.  Rich Dauer scored each hitter. -PF 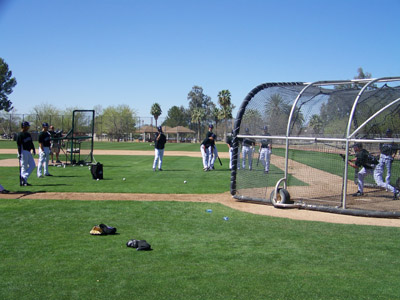 At one point, the pitching machine broke, prompting someone to say "It's broken.  It's throwing bolts."  That's when Alan Embree said:

I sure hope he's joking. 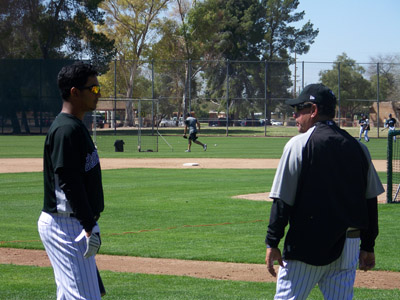 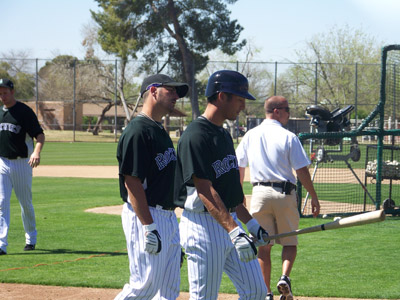 Huston Street and Jason Marquis walk up for their turn with the bat.  The two are new to the purple, but they had the most impressive showings in the cage today. -PF