There are not many teams that are this close to solidifying their 25-man roster for the 2009 season.  That is largely due to the small turnover the roster felt over the off-season.  Gone are Orlando Hudson, Randy Johnson, Adam Dunn, Brandon Lyon and Juan Cruz but they were replaced aptly with Felipe Lopez, Tom Gordon, Scott Schoeneweis and Jon Garland as well as internal options.

All eight starters are already locked up for Arizona, and only Felipe Lopez differs from last year's line-up.  The Diamondbacks hope the continuity and growth of their young hitters is enough to build a strong lineup.  Even the line-up order is fairly set...Stephen Drew and Chris Young might swap positions against LHP.

Arizona's line-up projects to score 4.924 runs/game (peaking at 4.959 arranged differently).  That's the same as 797.7 total runs, which ranks them right in the middle of the NL West.

The Diamondbacks bench is also very set.  Eric Byrnes will remain an overpaid fourth outfielder, and pinch-hitter Tony Clark returns to continue blocking Minor League Player of the Year Josh Whitesell.  Augie Ojeda fills in as the primary utility infielder, and Miguel Montero is an above average offensive back-up catcher.

The final spot on the bench is between James Skelton and Ryan Roberts.  Both can play catcher, so Montero could be utilized frequently as a pinch hitter.  Skelton is a Rule 5 draft pick from the Tigers, so that gives him a slight edge over Roberts, who has had a very strong spring.

The theme continues, as all five starting pitchers are set in the rotation.  Brandon Webb and Dan Haren return as the best 1-2 punch in the NL West.  Doug Davis is an average #3 starter at best, but I like recently signed Jon Garland in the #4 starter slot.  Youngster Max Scherzer will be the fifth starter to start the year.  Given worries about his arm following a winter injury, manager Bob Melvin will take great care with the young gun.

The Diamondbacks' rotation is clearly a top two rotation in the division.  If Tim Lincecum or Matt Cain falter after getting abused last season by Bruce Bochy, Arizona's rotation will easily pass the Giants as the class of the NL West.

Chad Qualls assumes the closer role he probably should have had going into 2008 as Brandon Lyon left for Detroit.  Tony Pena moves up to the set-up role, and former Washington closer Jon Rauch comes in as a solid 7th inning man.  Scott Schoeneweis came over from New York to be Bob Melvin's LOOGY.

Yusmeiro Petit, today's starter is the favorite for the long relief role, though Juan Gutierrez still has a longshot chance for the role.  Billy Buckner will probably be the mop-up reliever, and Doug Slaten is battling with Travis Blackley for the last spot.  Once Tom Gordon returns from injury, he'll take that spot.  That's a pretty solid bullpen.

Why the Diamondbacks will win the NL West:

This is the most balanced team in the division.  Their entire pitching staff just might be the best in the division, and their offense is competitive if not spectacular.  For a team with very few question marks, a step forward for some of their young hitters could be enough to push them to the top.

Why the Diamondbacks will NOT win the NL West:

They might be balanced, but the line-up will still rank near the top of the league in strikeouts and is still relatively weak.  To wit: Arizona's #3 hitter, Stephen Drew has a lower projected wOBA than EVERY projected Rockies starter except Clint Barmes.  Then consider their cleanup hitter (and best hitter overall)) failed to hit a home run in his last 201 at-bats last year.  Not a misprint - his last one was July 27.  The offense will be improved as a whole but it still won't be enough to compete with other NL West teams with more flash.

The Padres are absolutely the antithesis to Arizona.  San Diego has more question marks in the last week of the spring than I've seen from any team in a long time.  They are going to be bad.  Very very bad.

The core of the lineup is set with Giles, Gonzalez, Kouzmanoff, Headley and Hundley down the middle.

The unproven Luis Rodriguez could get bumped in favor of Adrian Gonzalez' brother Edgar.  If so, David Eckstein would slide over to shortstop.  Jody Gerut's sole competition is the man that almost prevented Rocktober:  Scott Hairston.

This line-up would be expected to produce 4.443 runs/game as constructed (or a max of 4.543 with optimal orientation).  This equates to 719.8 total runs during the season.  That means the Padres have the worst line-up in the division, although they trail San Francisco by just .005 runs/game.

You know the drill.  Let's look at wOBA.  From that we can conclude that the starting lineup features zero elite hitters, one very good hitter (Gonzalez), two above average hitters (Giles, Gerut), two average hitters (Kouzmanoff, Headley), two below average hitters (Rodriquez, Eckstein) and one terrible hitter (Hundley). Their line-up has a wider variety of hitters than the Giants' line-up, but it is still just as bad.  They'll need some surprises up the middle to be a threat.

Former Rockie Henry Blanco was signed to back up the young Nick Hundley.  Edgar Gonzalez and Scott Hairston are guaranteed bench spots if they don't crack the line-up.  San Diego also signed Cliff Floyd, who has switched from being the DH for the AL champion Rays to being stuck on the bench for likely the league's worst team.

Of interest to Rockies fans, Everth Cabrera indeed looks to have a roster spot lined up after the Padres traded Chris Burke yesterday.  Matt Antonelli, Emil Brown and Will Venable will see playing time throughout the season as well.

Jake Peavy will be the Opening Day starter for the fourth straight year.  Chris Young tries to return to 2007 form after an injury-riddled 2008, but CHONE is buying none of that.  Cha Seung Baek, average at best, was supposed to be the #3 starter, though he is injured and may start the season on the DL.

Nothing is guaranteed past that.  Kevin Correia is the favorite to be the fourth starter based on his experience, even though he's mostly been a bullpen arm in his career.  The fifth starter job is absolutely wide open. Walter Silva, a 32-yo RHP San Diego purchased from the Mexican League, is the favorite currently for the #5 spot. Josh Geer, who had a five-start cameo last year, might fill that role eventually, although he was cut last Monday.  Cesar Ramos might even get the nod despite posting an abysmal 1.60 WHIP and 5.29 ERA in his first year at AAA in 2008. The Padres did sign Shawn Hill, though it remains to be seen what his role will be.  He might slip into the rotation while Baek is out.

Read between the lines...this is the worst rotation Petco Park has seen, and it won't get any better if/when Peavy is traded.

If the rotation is a bad traffic collision, the bullpen is the Hindenburg.  Now that Hell's Bells will no longer ring at Petco, the closer position will be filled by Trevor's most recent set-up man, Heath Bell, who figures to be solid in that role.  Cla Meredith slides up to the set-up man, and the former Met and Dodger Duaner Sanchez is in line for late inning work.  The Mets let Sanchez go; he hasn't been the same since a 2006 taxicab accident.

After that, your guess is as good as anyone's.  Some have reported as many as four bullpen spots will be filled through waivers.   Mike Adams may find himself a bullpen spot.  Former Rockie Justin Hampson and Rule 5 pick from the Yankees Ivan Nova were placed on waivers last week, as was Jae Kuk Ryu, claimed by the Indians.  Joe Thatcher was also cut, so two LHP from the bullpen last year won't be there to start.   The Padres acquired RHP Luke Gregorson to complete Khalil Greene trade and  Eulogio de la Cruz, who was bought from the Marlins last week could find a bullpen or rotation spot.  UPDATE:  Ivan Nova was returned to the Yankees.

Getting the picture?  It's true...one week until Opening Day, and the Padres bullpen is not even half resolved.  What a disaster.  Keep an eye on the waiver wire - many pitchers ousted at the end of Spring Training could find a home in San Diego, including Juan Morillo or Baltimore RHP Hayden Penn, if the O's are careless.

Why the Padres will win the NL West: 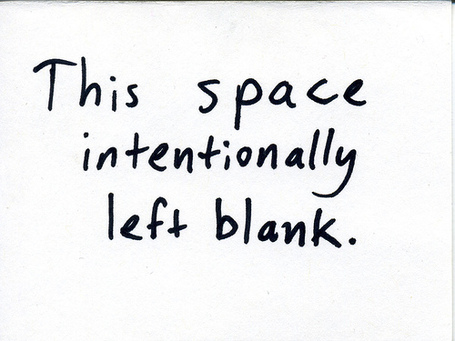 Why the Padres will NOT win the NL West:

Going into 2008, the Giants were nearly the unanimous choice to finish last in the NL West.  But given their solid rotation, it was easy to imagine a scenario where they would surprise.  That is NOT the case with the Padres.

They have the division's worst lineup, a suspect bench, their worst rotation this decade, and an abominable bullpen.  Not only do they have no chance of winning the division, but you have to wonder if there's a chance they could avoid 100 losses.