Outside of a disastrous third inning by Jorge de la Rosa, this was actually a fairly solid game by the Rockies, particularly by pitching prospects Jhoulys Chacin, Brandon Hynick and Shane Lindsay. The pitching seems much improved over the last couple of days. JDLR, aka "Thorny", has to get to that point he was at in the latter half of last season, but there were several positives to take from today.

The Big Question: Matt Murton continues to impress at the plate, going two for two this afternoon. I really like the idea of what an offensive platoon with him and Seth Smith could accomplish, but would the Rockies be sacrificing too much center field defense and speed by choosing him over Podsednik? I think I'd prefer to take my chances in center until Dexter Fowler's ready, but where is everybody else on this? 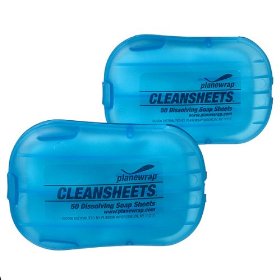 Plane-Wrap dissolving soap sheets. Unpleasant to taste, but at least it won't harm the environment and disappears tomorrow.