Oh, how sweet victory is! Jason Marquis (3-1) pitched a solid 7.1 IP, giving up three runs on six hits and striking out five Dodgers to give the Rockies (6-11) their first win of the season in six tries against LA (13-6). The win also snapped the Rockies' three game losing streak. Clayton Kershaw (0-2) took the loss for LA.

Despite an unusual lineup by Clint Hurdle, the Rockies once again proved to be Kershaw's personal Kryptonite (dropping his record against them to 1-3), tagging the young southpaw in the third and fifth innings for four and five runs respectively. 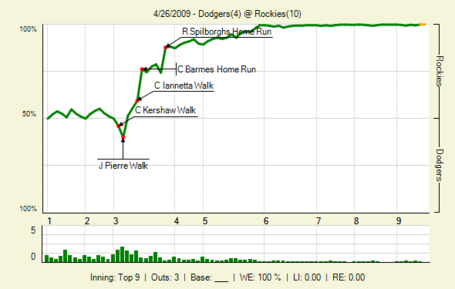 As you can see, the Rockies had this game pretty well in hand from Clint Barmes and Ryan Spilborghs' two third inning 2-run HRs. After the five run fifth inning, in which most of the damage was done by surprise starter Jeff Baker's three run triple off the glove of Matt Kemp, the Rockies were more or less assured of victory.

(as if there was any doubt) 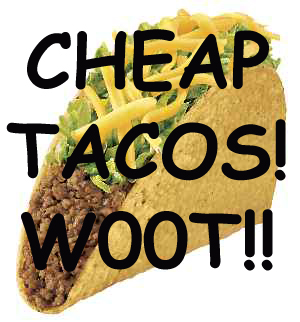