Todd Helton appeared to have his 2000th hit in the ninth inning, but Yunel Escobar couldn't field the ball properly and was credited with an error instead. 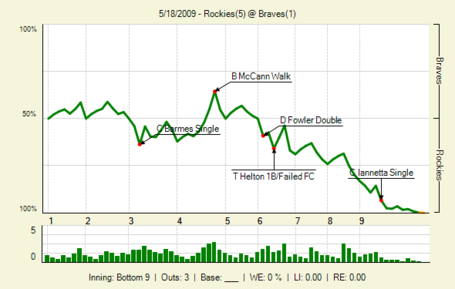