Rockies master art of imploding innings in loss to Dodgers;

Think of those two smokestacks as the fourth and seventh innings.

Compare our comeback from a 7-1 deficit: 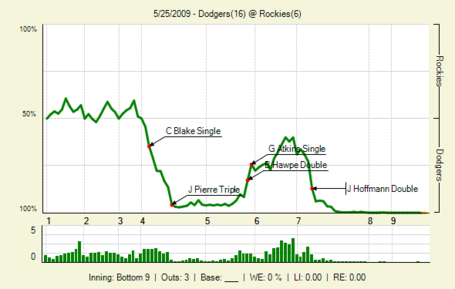 with the Padres comeback from a 7-1 deficit: 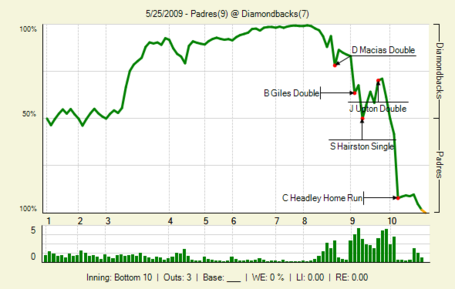 What the Padres did against the Diamondbacks was stop the bleeding with their bullpen, have enough offense to come back all the way to tie, and win on an HR in the tenth. What the Rockies did against the Dodgers was hemmorhage another big inning with the bullpen, have only enough offense to come back part of the way anyway, so that additional bullpen bleeding may not have mattered that much, and not even be in a position to have a clutch tenth inning HR.

I think we've run out of fingers to point with, here. Eric Stults should be a beatable pitcher, particularly at home at Coors Field. The Dodgers offense is very good, but letting the Juans, Castro and Pierre, be the run producers for them, as well as Jamie Hoffman, who is a week removed from AA ball, shows once again that same problem that our pitchers had early in the season of lapsing against weak portions of the lineup. If the Dodgers scrubs can beat us this handily, what chance should fans feel the Rockies have when they are at full strength?