Hey gang, got some bad news for you all. I'm taking finals right now, and also working on a project that's due tomorrow, along with studying for the test that takes place in the same class at the same time as the due date of the project.

Basically, I'm copping out and not writing an article this week. I'll try and have something nifty next week.

But in lieu of me boring you with a new metric or explaining further why I think IsoD is the best thing ever, I'm gonna direct you to a couple of cool websites that I've probably cited for you already.

The first is Brooks Baseball, home of another neat Pitch F/X machine. It goes into more depth than Josh Kalk's did, and it's based on new/current data as well. RowBot JamesK made me aware of this in his fanpost documenting Matt Daley's debut.

Right now it's limitations are mostly that you can't view a body of work, like a month, or a season, but you can look at any individual pitching performance in any game, and break it down further from there.

For example, just to get everyone all riled up, Brian Wilson on Friday in SF vs the Rockies: 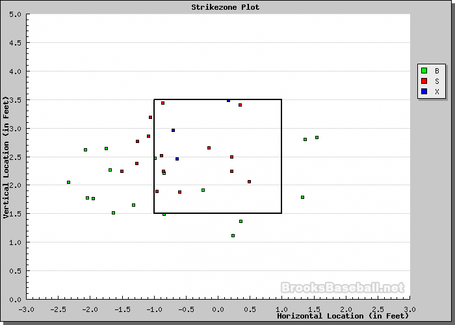 BASK IN THE INCONSISTENCY OF PAUL EMMEL!!!!

Join me after the jump and we'll look at some other cool sites.

The next awesome site for everyone to be amazed by is Hit Tracker, the most comprehensive coverage of every home run hit in Major League Baseball. It's awesome. They rate every homer hit on whether it's a No Doubter, hit with Plenty of gusto, hit Just Enough to get out, and then the Lucky ones that probably shouldn't have left the park. They also tell you all the Physics I information, like how far it traveled and how hard it was hit off of the bat, etc etc, so you don't have to go hunt down a college freshman and make him do algebra for you.

For example, here's Chris Iannetta's dinger off of Bob Howry: 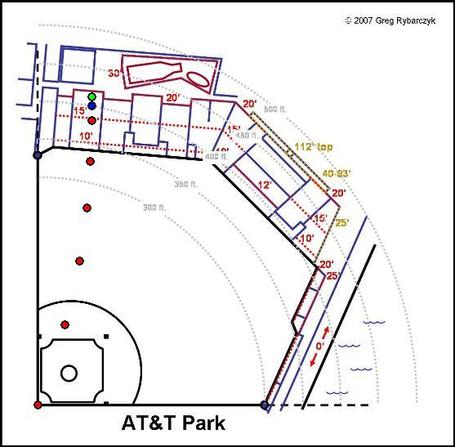 And finally, a few quick and relatively silly ones.

ImageShack is a free image hosting site, and it's great for using with message boards. Reason I bring this up is because I'm nitpicking and a stickler for not leeching images off of other websites. Copy the URL of the picture you want, hop over to ImageShack, re-host it, copy THAT URL, then come back here and post away. This is where I have my ADAM DUNN IS NOT IMPRESSED and STOP! HAMMEL TIME pictures hosted, so I never need to worry about using up someone else's bandwidth.

Copper is a great webcomic I read from time to time, because it has really neat art and some moderately insightful themes, while still being light and fun to read.

Ok I'm starting to get off track now.

Last thing, I'm not putting a nice crazy SABRMETRIC article up today because I'm busy, but I'll actually be by the computer pretty regularly. If you have any questions on any of my columns, or any statistical evaluation questions at all, just bring them up here, and I'll try and get to them. I'm sure Poseidon's Fist will probably pop in as well, and he's a great resource for these as well.

Anyhow, Onward and Upward, RowBots, and let's beat the Giants at home!