"Well, so it actually happened, as one could have foreseen, but there was no way it could have been prevented."

Not the literary quote you were expecting? Ha! But it certainly rings true for the Rockies. Think about this. Todd Helton hit a homer in the fifth inning to bring the game just a bit closer at 2-1. And that's about it. Seth Smith did collect three hits and Clint Barmes two, but there wasn't much else going on. Aaron Cook allowed four runs on nine hits and a walk. Roy Oswalt, on the other hand, surrendered just that one run and struck out eight.

Not the way to start June. 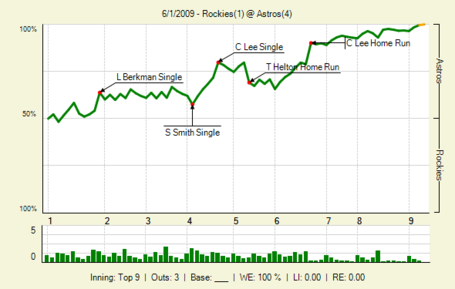 Here's where the Rockies stand after another loss: