I'm going to sum this game and this team in one word: bliss. It's just pure enjoyment with this team and we're along for the ride with them.

Aaron Cook picked up his 59th win to move ahead of Jason Jennings for the franchise lead in wins. He allowed only three hits over seven innings and that unfortunate home run to Kendry Morales. Brad Hawpe celebrated his 30th birthday with a three-run homer. And let's not forget Seth Smith drove in four runs, one on his fifth homer of the season.

Bliss, I tell you, bliss. 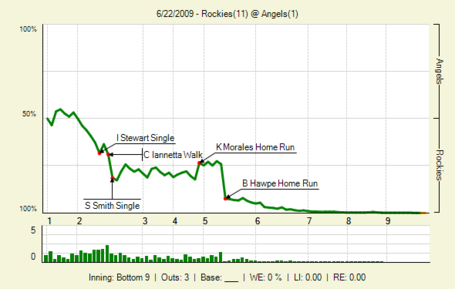