The two polished collegian picks the Colorado Rockies got when Brian Fuentes signed with the Los Angeles Angels could wind up helping the team fairly quickly. With the 32nd selection in the 2009 draft, the Rockies selected Sacramento State's Tim Wheeler, a solid all around outfielder with some decent speed and a little power but no real standout tools. With their supplemental pick, the 34th overall selection, they took Lipscomb left-hander Rex Brothers. 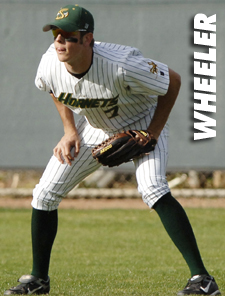 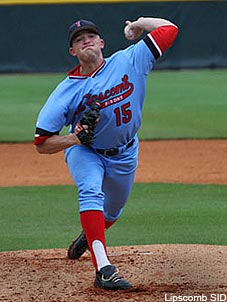 Some reactions from around the Internet:

If the Rockies can get Matzek and Brothers done, they have a ridiculous amount of young lefties in that system. Friedrich is dealing in the Minors, and these draftees both have great stuff. In a park where good stuff is the only answer, the Rockies are getting it done through the draft.

Colorado is suddenly having a very good draft. Tyler Matzek at 11, Tim Wheeler at 32, and now Rex Brothers at 34, giving the Rockies a big power arm. I'm a big Brothers believer; he may have a rough, short arm action and a modest track record, but he's got two 70 pitches on the 20-80 scale and I see him as an impact closer down the line.

Not all is positive, BP's Kevin Goldstein:

Some might be surprised to see Tim Wheeler on the board, but don't be. He gets a lot of attention for having good power and speed numbers, but he's a 50-55 runner with just average power. He's not toolsy, just solid, and that's why he''s still on the board.

Wheeler is also seen as a sketchy prospect to stay in center field, which is why he dropped on Baseball America's draft board.