The Rockies, behind seven strong innings from Jason Hammel (9-8), defeated the Diamondbacks 10-4. With the Giants losing 12-1 to the Dodgers, Colorado is once again up 3.5 games on San Francisco for the Wild Card lead with only 13 games left. By my calculations, if the Rockies even go 7-6 over a home-dominated slate to get to 91 wins, they'll be good to go as far as a playoff berth is concerned.

This game, like last night's, started well for the Rockies, as Carlos Gonzalez led off the game with a home run (his 12th) and Troy Tulowitzki added his 29th to put Colorado up 2-0 out of the gates. Continuing the parallel with last night's game, an Arizona homerun (a 3-run shot by Justin Upton in the third) got them right back in the game. Thankfully, that's really where the similarities end.

The Rockies regained the lead in the fourth on an Ian Stewart sac fly combined with a horrible overthrow by Gerardo Parra, resulting in a 4-3 advantage. Colorado would nurse a small advantage throughout the game, until a late offensive barrage made this a laugher and gave Colorado residents the right to cheap tacos. The most awesome moment therein was definitely Jason Giambi's first home run as a Rockie--a laser beam three-run shot on the first pitch he saw from Scott Schoeneweis.

Tomorrow afternoon, the Rockies will look to win their penultimate road series. It'll be a doozy, as Ubaldo Jimenez will face off against Dan Haren. 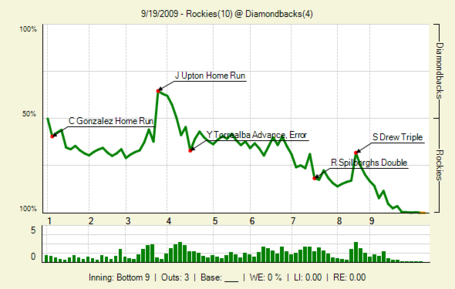 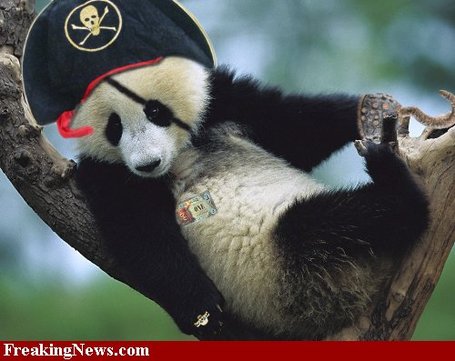