Well, I hate to say I called it, but I called it. San Fran's effective BABIP vs Aaron Cook's ineffective BABIP resulted in 5 runs for the Giants, while the Rockies were only able to muster 2 against Barry Zito's crafty veteransmanship. Frustrating sort of game, we'd love to have an early win in the series to take into our rookie-started games, but as user FairOrFowler24 pointed out, we saw this in 2007, with 2 young prospect pitchers in Ubaldo Jimenez and Franklin Morales stepping up in a time of need and carrying us to the promised land. Granted, we're significantly earlier in the season than when they got their callups, and if returning pitcher health is favorable, I might see one of them sticking, but certainly not both, but the fact remains that these two youngsters are going to get their trial by fire.

Analysis and lineups past the jump.

WE HAVE GONE TO OVERFLOW

As we can see from the widgets above, Esmil Rogers pitched 4 effective innings of relief for us, posting an xFIP of 2.77. Don't bank on that being the norm, but it was good to see him get the job done. tRA isn't as big of a fan of those 4 innings, basically pointing out that despite 5 strikeouts to only 2 walks, he gave up a few line drives, but let's remember that 4 innings of relief don't really mean anything, especially since we're hoping he'll stick as a starter. His 2 starts in Colorado Springs were promising, pitching 10 innings, striking out 7, and only walking 1. With a team like San Fran that doesn't walk very much (they rank 25th in the majors with an 8.0 BB%), we'll hope that our defense can put away any balls in play and help keep the runs off of the board. Rogers doesn't walk many, and he's not really a huge strikeout guy, but hopefully his 94mph heat will be enough to keep them off balance.

On the other side of the game, Matt Cain isn't striking out quite as many as we'd expect, but he's also walking roughly nobody, and blah blah blah Matt Cain doesn't change that much from year to year. We tend to struggle with Cain, but I'm convinced that we'll get to him early and this time actually hold the lead.

Troy Renck is reporting the Rockies lineup today as the following: 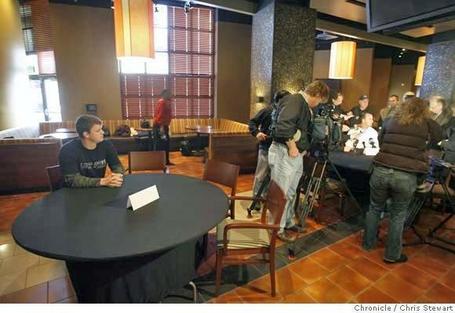 How completely will the Rockies beat the Giants today?