In yesterday's game thread, I said Jeff Francis was "kind of forgettable now," but he was anything but tonight. I didn't get to watch the game tonight (I'm just filling in for Bryan tonight while he's in PA); however, seven shutout innings, seven strikeouts, and only three hits allowed is quite impressive. More starts like that Jeff and I won't find you forgettable for much longer.

Almost the entire offense got into the scoring act, especially Melvin Mora and his five RBI.

Not sure there's much else to say. A solid all-around win today. 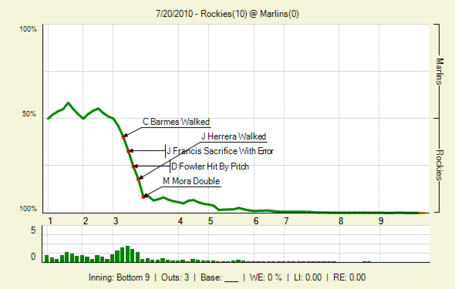