To be fair, the offense didn't fail completely last night. It was just those eight innings after the top of the first that the offense foundered. Nice to see Todd Helton hit a home run, but baseball games are nine innings long. An offense needs to hit for nine innings. That's a fundamental of the game, right? Four hits in the first and then not another hit until Jay Payton had a pinch hit double in the fifth. Innings passed again until Carlos Gonzalez singled in the eighth. There was also a hit in the ninth. Awesome.

There's probably something to be said about the strike zone, but if that's how the home plate umpire is going to call it the players need to work with it. 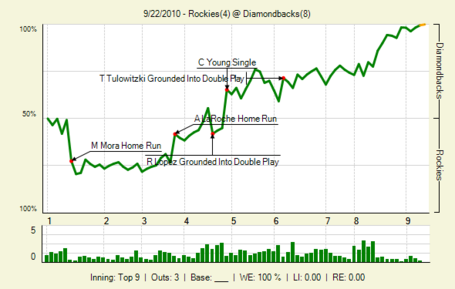