Tough day in Coors Field. Chacin pitched 5 innings of 7-run ball, no thanks to errors making only 2 of the runs fall into his lap.

Offensively, Tulo and Spilly brought the hammers, and while some other players did in fact get a couple of hits, nothing was enough, as we saw the dramatic finish to the game go out in a fizzle.

Shame to ever get swept, but frankly, I'm pleased that the season was effectively over before this series even began. I'm even more pleased that it's this late in the season where we all officially give up. 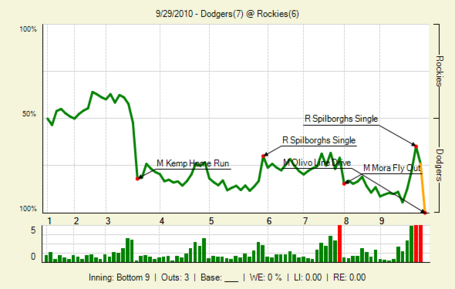 Rollcall after the jump.