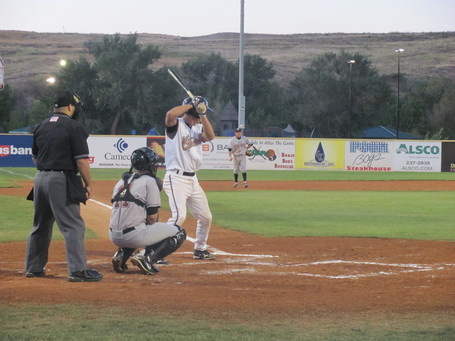 An investment group led by Rockies owners Dick and Charlie Monfort has completed the purchase of the Rockies Pioneer League affiliate in Casper according to the Casper Star Tribune (w/ a hat tip to Russ at SB Nation Denver). The purchase of the Casper Ghosts comes somewhat out of the blue. Added to the Rockies already underway plans to build a new facility for their Dominican Summer League team and Latin player development program, as well as the move to the brand new Spring facilities at Salt River/Scottsdale, Arizona, this shows a further step in the maturation of the club to the kind of vertical integration with early player development (both with teams and facilities) that's more common with established franchises.

While the Ghosts would be the only Pioneer League team owned by the parent affiliate, it's a common practice elsewhere. The Braves, for instance, own all but one of their minor league affiliates.

In a way, it also seems to add to the same self-sustaining theme we've seen in the Troy Tulowitzki and Carlos Gonzalez extensions this winter of a club that's really putting a higher value on long term goals and establishing a commitment to the model that it's developed. In case you hadn't noticed, the Rockies are taking a relatively unique path when it comes to team building, and having greater control over the early stages of player development can only help maintain consistency with this. By having greater control over the team's rookie league affiliate, the Monforts should also be able to better expand the Rockies brand in the region.