Share All sharing options for: Tuesday Rockpile: A Name to Know - Jayson Aquino

There is a lot of the off-season left in which Dan O'Dowd could (and likely will) supplement the current roster. By no means is the work complete...at least that is the hope. Currently, half of the Opening Day infield is set to be Brandon Wood and Chris Nelson. Or maybe it's Jordan Pacheco and Jonathan Herrera. Ian Stewart and Eric Young Jr.? Hard to say.

Either way, 2012 is shaping up to be a rebuilding year even with one extra playoff spot available, and that is fine. The three two O's still have a lot of their prime years left, and it is about time we diagnose the likes of Herrera/Young/Pacheco/Stewart for good, then we know what we have going forward in the future.

Whenever my eyes meander towards the future, they tend to take an afternoon off, wandering in the woods of the minor leagues. Sure guys in the South Atlantic League won't figure into the roster in 2013, if ever, but there is hope, especially now. Or you could go even further down.

Jack Etkin wrote a BA subscriber piece yesterday on left-handed starting pitching prospect Jayson Aquino, who has thrown as many professional innings in this country as I have. The name might be familiar for even for those that don't follow prospects closely, as he worked his way to #29 on September's PuRP's list, even if he wasn't the best pitching prospect on that team.

The southpaw has pitched in the Dominican Summer League for two seasons, dominating hitters at an eye-opening rate even considering the pitching heavy league. In 2010, he struck out 59 batters in 61.2 IP while walking just nine on his way to a 1.02 ERA. Last season, he increased his GB/FB rate by over three times while keeping an ERA at 1.30 and maintaining an above 8.00 K/9.

With such dominance over two years, one had to be curious why the Rockies did not seem interested in sending him to Casper in 2011 at all. Perhaps his success was smoke and mirrors, and the Rockies didn't "like" Aquino that much.
On the contrary. As Etkin writes, the Rockies are fully conscious of the challenges a teenage Latin player faces when dropped from their home in a new country. Wanting more experience in the DSL after 2010, Colorado elected not to force culture shock on Aquino mid-season in 2011. If you have yet to see Sugar, do it now; that premise makes plenty of sense.
To further ensure Aquino is comfortable when he makes his stateside debut in 2012 with the Casper Ghosts Grand Junction Rockies, they have brought him to Arizona for fall instructs. This allows him to acclimate to the new coaches, new country and new culture in a more controlled environment. That tactic worked well with shortstop Rosell Herrera last fall, who had a splendid season with the Ghosts in 2011.
Oh right. The stuff.

At 6-foot-1, 180 pounds, Aquino has a projectable body. He worked a lot on his curveball in instructional league and is developing a feel for it. He has good arm speed on his changeup, which is already a workable pitch but lacks consistency. He pitches at 88-91 mph with his fastball, touches 92 mph and throws the pitch for strikes.

Baseball Prospectus | Spinning Yarn: How Does Quality of Contact Relate to BABIP? You must read this piece. Mike Fast is one of the modern leaders in baseball research, and here is Part 2 of a statistical study trying to quantify the effect pitchers can have on their BABIP. It's a SABR post taking DIPS theory to task.

Ty Wigginton Traded to Philadelphia | FanGraphs Baseball In case you wanted a Fangraphs analysis of the deal.

AFL Update: All good things must end Because I know you need your Nolan Arenado fix before your coffee.

Clint Barmes Deal: A Mistake for the Pirates? - Beyond the Box Score Initially, the contract struck me as steep. 2 years, $11.5mil for Clint Barmes? Plus, he just unseated newly signed Rod Barajas as the Pirates highest paid player. But Barmes was very quietly a 3.0 WAR player last year (3.1 fWAR, 2.9 rWAR). He has a top tier glove, is a positive baserunner, and he was right up there with Alexei Ramirez and Elvis Andrus offensively. Fangraphs had him as MLB's 13th best shortstop overall in 2011.

In case you missed it, 24-year-old Seattle Mariners outfielder Greg Halman was stabbed to death in Rotterdam, Holland yesterday morning. While Rotterdam is the second largest city in the country, it's also a very safe, clean and comfortable city to be in, as I discovered in 2006 (my photo below). Of course, city crime rates are generally not predictive of sibling violence, and Halman's younger brother is the primary suspect for the stabbing.

Many of you have read Jeff Sullivan, either on Lookout Landing or Baseball Nation. His wit and humor have carried him from a blogger to a colleague of Rob Neyer, and yet in possibly his best piece, he utilized neither of those qualities. I recommend you read:

On The Passing Of Greg Halman - Lookout Landing 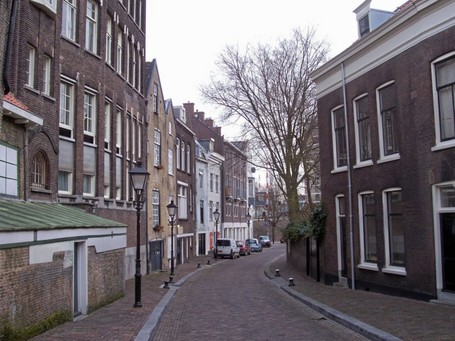