Today I'll be covering two players the Rockies acquired via trade during the 2010/2011 offseason, both of whom were originally non-tender candidates for their teams that ended up flaming out for the Rockies by May. Both players were hit hard by the team's desperation to find stability on their roster after so many players, including Aaron Cook and Ian Stewart, didn't begin the season where they needed to. Both players ended up in roles they probably shouldn't have had any business occupying out of the gate. And the similarities continue, as both players became the two of first major mid-season team cuts, forcing the Rockies to abandon their projects and accept early on that it was time for the team to move forward. I am talking about Jose Lopez and Felipe Paulino.

Paulino was the first of the two to be acquired. On November 18th, 2010, the Rockies traded longtime fan frustration Clint Barmes to the Houston Astros. Barmes was almost a certain non-tender candidate for the Rockies, and the initial reaction to receiving a warm blooded human pitcher with a live arm for someone we were about to let go for free was about as positive as you could expect. Paulino's history was not particularly exciting, particularly his stats from his limited time as a member of the Houston bullpen rather than the rotation, but he was considered an adequate 5th starter candidate depending on how the chips fell, even though his destiny from the start was apparently far more directed to the pen than was expected.

Two weeks later on December 2nd, the Rockies completed a trade with the Seattle Mariners to bring infielder Jose Lopez to the Rockies in exchange for directionless pitching prospect Chaz Roe, whose future as a Rockie looked dim for any relevant contributions. Lopez, in his final year of arbitration at just 27 years old, was also considered a non-tender candidate for some time, though Seattle had quietly agreed with the player to a $3.6 million contract before the trade. I had been interested in bringing Lopez to the team in a utility capacity, as I felt having his right handed bat off the bench around the infield would be beneficial when we needed power from that side in the stead of Stewart and Todd Helton. 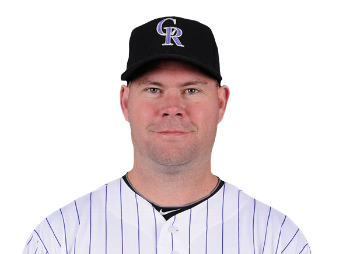 The tragic downfall for both players after the jump. Also be sure to tune in for my Ty Wigginton review next week! I'm sure that will be delightful for everyone. Right?!

The Rockies signed Mr. Wigginton as their biggest prize for the Winter Meetings, and the team's stance on their new cornerman was obvious: he would be the new Melvin Mora, super-utility extraordinaire, providing right handed power in a substitute capacity all around the diamond at the beck and call of the Wiggy Whistle, and as the dust from the move settled, bewilderment set in. Wait a minute, didn't we just acquire Jose Lopez for all this? Why didn't we just acquire someone to fill the new hole at second base full time?

Yes, even with Jonathan Herrera's scrappy.... scrappiness on full display and the occupy free Chris Nelson movement in full force, the Rockies seemingly had already decided what their plans were at second base, and it wouldn't be far into Spring Training before this decision was made in official capacity.

It also wasn't long into Spring Training that it became clear Aaron Cook would not be ready to fill a rotation spot. Early arm weakness set the starter behind by a week, an issue only compounded when he smashed up his finger in a car door. So naturally, the Rockies did what any team would do and responded by moving their ideal sixth starter candidate with a terrible history pitching out of the bullpen.... to the BULLPEN.

Felipe Paulino's time with the Rockies would be entirely out of the pen, throwing 14 and two thirds of an inning across 18 games. Though he had great strikeout numbers, he featured a WHIP of over 2 pitching as a pseudo-setup man through April and May. Paulino's most infamous contribution came May 12th-14th, when the reliever was saddled with three straight game ending losses. Internal and external frustrations with the team's collapse after a strong April were overflowing by this point, and within a week, Paulino was traded to the Kansas City Royals for cash, where he was converted back into a starter. I hear he lived happily ever after.

Lopez ended up falling into yet another high-pressure situation of his own when Stewart's injury and subsequent struggles manifested. Suddenly we were seeing Lopez needing to take time at third base in addition to second, as Wigginton was unable to play multiple positions at once, and thus we saw a month's worth of lineups regularly featuring two of Lopez, Wigginton and Herrera sprinkled about. He was considered a decent defender at second, less so at third. As for offense, though Lopez certainly wasn't helped by the Luck Monster (.225 BABIP with the Rockies), he struck out about as much as expected, walked even less than expected (and those were not high expectations, believe me) and ultimately was unable to provide significant production out of a lineup desperate for emergency production from its utility types. Unable to get any sort of jump start, the Rockies eventually gave up on the infielder, arbitration-scale salary or not, and designated him for assignment just days after trading Paulino and Franklin Morales. He was released June 6th, and would sign on with the Florida Marlins, moving back and forth between the MLB and AAA levels.

And this concludes the sad stories of Jose Lopez and Felipe Paulino, two players whose names will be lucky to occupy any sort of relevant corner of Rockies history a few years down the road, forever stigmatized for their association with the great 2011 trainwreck (and with their relatively early abandonment, neither player is really seen as all that relevant to the trainwreck at this point either). Unlike last week, where I struggled with the fact that Charlie Blackmon's statistical performance fell so far below my own feelings about his season, I can easily say that awarding Lopez and Pulino F grades is something I feel comfortable with on both levels. But yet, I do shed a tear that both players probably could have had much better results had they been playing with the team in different circumstances.

Grade: F for the lot of ye!