Fan Confidence and the Rotation

Share All sharing options for: Fan Confidence and the Rotation 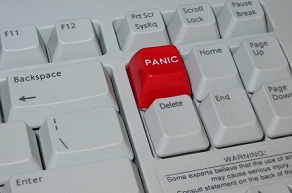 It is hard to believe, but the Rockies have tumbled all the way down to .500. Many Rockies fans have likely been hovering over the panic button on their keyboard, and soon that red button will be fully depressed.

The massive blow, of course, was the injury to Jorge de la Rosa. Unless he gets in contact with Bartolo Colon's doctor, he will be out all of 2011 and likely the first two months of 2011.

The lefty had been the Rockies' most valuable starter of the season, not to mention the rotation's sole southpaw. With the offense still in a funk, trading the best starting pitcher for a fifth starter could hurt.

Ubaldo Jimenez, Jhoulys Chacin and Jason Hammel are guaranteed to stick in the rotation, and all three have been pitching well collectively of late. Aaron Cook will join the rotation next week. Who will take de la Rosa's spot regularly is yet to be determined. The options:

Mortensen has succeeded pitching in the rotation for the injured Esmil Rogers and probably has the inside track on the 5-spot. The "poor man's Aaron Cook" has found success with his sinker, but his K/BB suggests he's liable to have his stinkers in the future.

Reynolds has been almost as pleasant of a surprise as Mortensen, and both have a similar pitching style. He was scheduled to start Saturday, but the Rockies instead decided to go with

Nicasio was announced yesterday as the starter for Saturday's game. He figures to likely have a one game spot start, unless he completely dominates St. Louis. If the Rockies are looking for upside from the 5-spot, Nicasio is the guy.

Rogers is currently on the disabled list, but the right-hander was the fifth starter on opening day, which gives him some leverage in getting back into the rotation picture when he returns.

Ubaldo Jimenez will undoubtedly provide more value, but without Jorge de la Rosa, someone is going to have to step up. The Rockies already cannot win games with stellar pitching performances, so a weak spot in the rotation would make it all the tougher. Who do you have the most confidence in, now and longterm?