Last week in Coors field Insider, we talked about Buckaroos and all of the other fun stuff for smaller kids to do at Coors Field. Clearly, there's a lot of awesome stuff for littl'uns to do at the park, but this kind of excludes a group of kids. This group isn't really defined by an age, but they're the kids who are too big for the playground (or close to it) and too young to sit and watch a full game.

Not to worry, there are other games at Coors Field that your young men and women are able to participate in if sitting in their box seat for 9 innings doesn't sound appealing.

There's only a couple that I'm missing, so we won't take TOO much time talking about them, and that'll leave me time to talk up my new favorite peanut vendor outside of Coors.

If you head over to the Gate A area behind the bullpens, you'll find what's known as Coors Field's Interactive Area. This is where they keep the carnival-esque games that you'd expect to see at a ballpark: Pro Batter, Pro Batter Jr., Speed Pitch, Tee-Ball, and the KOA Fantasy Broadcast Booth.

Some of these may not seem entirely kid-driven, and that's true. Everything there but the Tee-ball and Pro Batter Jr. are for guests of all ages. But for those among you who are really just big kids anyhow, this is the perfect diversion if it's just a boring game or what have you.

Anyhow, Pro Batter and its Jr complement are one of those games where you stand in a batting cage ready to bat, and they have a screen at the other end with a projected image of a MLB pitcher on it and a hole in the screen with a pitching machine right where the release point would be. The Jr option is obviously slower and I seem to recall seeing Dinger pitching a couple of times.

Speed Pitch is exactly what it sounds like: a batting cage with a speed gun in it. It's exciting for kids to say "WOW I'M THROWING FAST", and it's another fun pissing contest for bored guys to see who can throw the ball harder.

Tee-ball is pretty self explanatory.

The KOA Fantasy Broadcast Booth lets you and a friend step in and call a half inning of a game for like 10-15 bucks and you can take the DVD home with you as well. That's pretty neat. I imagine that many of us could have a hell of a time abusing something like that. And by abusing I mean using properly and not being stupid during use at all.

Last thought for today, and it's about peanuts.

Have you ever had fresh roasted peanuts? I mean FRESH, still hot from the roaster roasted peanuts? Well, I have, and that's because a man named George makes them available outside of Coors Field.

If you head north of Coors Field on Blake St to about 23rd, you'll find a parking lot with a man named George with an antique roaster selling paper bags of fresh roasted peanuts for $2 a pop. Let me tell you my friends, those peanuts taste the way peanuts are supposed to taste. 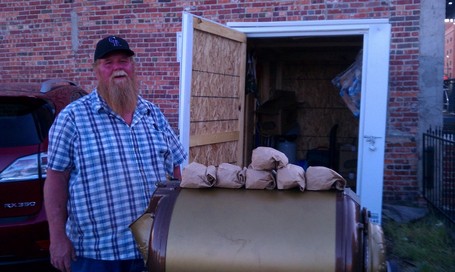 The Roaster George uses is a Royal Roaster that was made in the early 1900s. From what he tells me, the Royal roasters were used originally for coffee beans, but as taste and selection in coffee roasts changed, the Royal stopped being used as much for coffee. The Royal's inability to change roasting temperatures certainly hindered it as a viable coffee roaster, but it remained perfect for roasting peanuts. 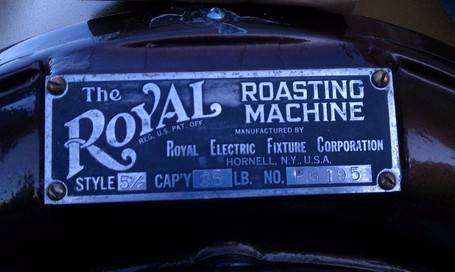 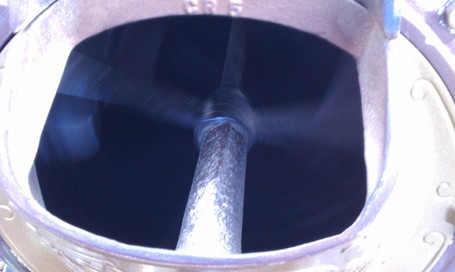 You're already paying $2 a bag for peanuts outside of the park. Why not walk an extra block or two and give George's peanuts a try? You won't regret it, I can promise you that.