Know Your Foe #43: The Astros Head To Coors Field To Welcome Alex White To The NL

Share All sharing options for: Know Your Foe #43: The Astros Head To Coors Field To Welcome Alex White To The NL

Last time the Rockies faced the Astros, it was part of a 4-game series at Coors Field, June 7-10.

Game 1 took place way back in the day, a long long time ago, back when Jason Hammel still pitched well. 7 innings of shutout ball, followed by Joe Beimel when he was still disturbingly effective. Ryan Spilborghs had 2 hits and a walk (and a double, and a SB). Miguel Olivo had 2 hits and a walk (right?). Clint Barmes had 2 hits and 2 RBI. Wandy Rodriguez allowed 3 runs over his outing and Tim Byrdak sealed the deal for the Rockies by pitching long enough to allow 2 runs over the course of recording an out.

Game 2, Brian Moehler vs Jeff Francis. Francis wasn't bad, was good in fact, going 7 innings while allowing only 2 runs. Moehler went 6 innings, 3 runs, but an 8th inning 1-out gaffe from Matt Belisle and Franklin Morales allowed 2 more runs to cross without the Rockies being able to answer. A good job by relievers Wilton Lopez, Brandon Lyon, and Matt Lindstrom to seal the 1-run victory.

Game 3 featured another gaffe by Matt Belisle, for 4 runs this time, wasting a 7-inning, 2-run outing from Aaron Cook. Starter Felipe Paulino went 8 innings, allowing only 2 runs with 7 strikeouts and 2 walks. Oh, just for the record, Paulino's about to hit 2.0 fWAR for the season. As a starter. Just saying.

Game 4 could've been billed as a pitchers' duel, with future Phillie Roy Oswalt squaring off against rookie Jhoulys Chacin. Oswalt went 7, punched out 9, walked 2, allowed 2 runs. Chacin went 6, allowing 5 runs (4ER) with 8 strikeouts and 3 walks. I almost made a comment about the lineups changing every day by saying something to the effect of "This is back when Jim Tracy used to fiddle with the lineup a lot" and then I felt kind of frustrated.

Yeah, that has to be embarrassing, losing a series to the Astros. Especially when you're the defending world champs. Not sure what the Cubs' excuse is, but let's just say it's embarrassing for them as well.

This is the difficult part of previewing a team that's just as flat out bad as the Astros are. I want to give them a fair shake, but let's be honest, nobody gave the .420 Rockies that fair shake. At least the 2004 Rockies had Todd Helton to highlight as the "good" player. In the Astros' case, they traded off almost anyone with any value. Would you believe that Carlos Lee and Clint Barmes lead the team in rWAR (Baseball-Reference's WAR metric, Wins Above Replacement, AKA Rally WAR), yet neither is above 3.0? Yeah, that's the kind of season they're having. Michael Bourn was leading the team at 4.3 rWAR and Hunter Pence was 2nd at 2.9 rWAR. The saddest part of that is the fact that those two fellows haven't played for Houston in a few weeks and yet their former teammates STILL haven't caught up.

Several years ago, Lee received a $100M contract. I remember that because there was some rationale about RBI or something like that. I also remember thinking that Matt Holliday was next in line for a $100M contract. Upside is that Lee's contract is almost up. Downside is that it's not up, and the Astros owe Lee $18.5M next season to play baseball for them. If that's what they're calling what he's doing.

I will give Ed Wade some credit, he has been doing a good job of dumping salary over the past couple of years. They dropped from a $102M payroll in 2009 to a $92M payroll in 2010 and $76M here in 2011. Judging by the fact that Houston is paying out $12M to players who don't play for them anymore ($7M for Roy Oswalt, $3M for Bill Hall, $2M for Hunter Pence, likely which helped secure a stronger prospect return), that figure should drop some more next season, giving the new Jim Crane/Houston Regional Sports Network ownership group some breathing room to start figuring themselves out. 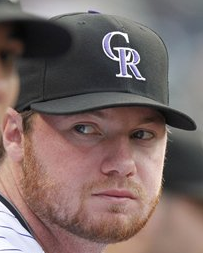