Book Review: "Out of My League" by Dirk Hayhurst

Share All sharing options for: Book Review: "Out of My League" by Dirk Hayhurst 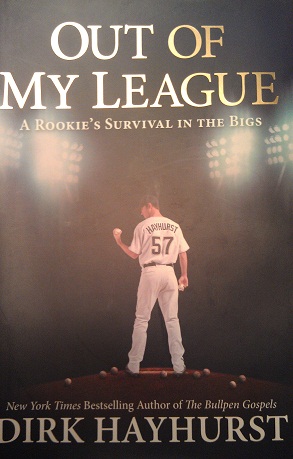 Every Little Leaguer has imagined the day they would make their Major League Debut. The lights, the grass, the paint, the striking out the side on nine pitches or first pitch home run. For that reason, every player making their first appearance at the Big Show is forced to let us live vicariously through their post-game quotes on their debut.

What did it feel like? Was it everything you ever dreamed? Every single time, those quotes result in the standard cliches, vague references to excitement and honor. What is it really like? Dirk Hayhurst can tell you.

"I was naked and scared, stranded atop a patch of red dirt like an orphaned child...Between trying not to wet myself, wanting to kill Barry Zito, hoping a meteor would crush me, and forgetting where first base was, a no-decision is great!"

Ah, honesty. In an industry that re-manufactures quotes as if one rogue word could mean a contract release, former Padre Dirk Hayhurst invites the reader to share his intimate thoughts as he fights for the dream many baseball fans have had - to be a Major League Baseball player.

"Out of My League" is Hayhurst's sequel to "The Bullpen Gospels," a #1 New York Times best seller with the ATF stamp of approval. After sharing the standard debauchery found in A-ball and AA in the "Gospels," Hayhurst reprises his role as an author, this time chronicling his rise to the Major Leagues after six seasons in the minors. The book released yesterday. I received an advanced copy Thursday and burned through the 406 pages to provide a review.

We spend countless hours per day pouring over statistics, assuming personality traits on snapshots and hearsay, and using what little experience we have in the game to diagnose flaws in men we have likely never met. Rarely do we stop to put ourselves in their shoes, imagining the details that influence their pitches. Even if we try, it cannot possibly be accurate.

Hayhurst provides the opportunity for a baseball fan to enter a sacred place, a Major League baseball team as a major league player. What is the pitcher thinking after leading off their MLB debut with three balls? These skillfully relayed anecdotes of on-field thoughts make "Out of My League" a strongly recommended read for the modern baseball fan.

Oh...but this book really isn't about that. Sure, it's a very valuable part of Hayhurst's sophomore effort, but less than 10 of the book's 75 chapters focus on the game of baseball on the field. Its true value comes with the rest of the story. 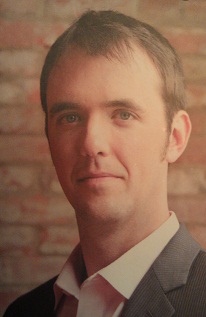 Just as in Bullpen Gospels, this story isn't about the game itself, but rather the game around the game. Hayhurst focuses a great deal on the relationships built among minor league teammates, the politics of organizational transactions, and general lasciviousness of youthful ballplayers. The categories of cleat chasers are carefully explained. The challenges of finding short term living arrangements with roommates likely to get promoted/demoted at any time is explored. The fantasy of being paid to play baseball is challenged by the stark reality of just how little most minor leaguers are paid. Rookie hazing is illustrated in colorful detail.

Hayhurst spins a consistently strong and versatile tale, working seamlessly from poignant prose to knee-slapping hilarity back to blunt vulnerability. Memorable narratives abound, from the time he blurted out his observation of a "tan bagpipe" to the extremely disgusting yet deeply yearned for rite-of-passage involving Greg Maddux and the showers. The pitcher also produces several quality quotes on the great game of baseball:

"Hitters are stupid. If they weren't, they'd be pitchers. No one in their right mind would pick the side of that game that considers three out of ten good unless they're slightly unhinged."

Oh, but this is practically the same formula as Bullpen Gospels, you say? It would be, if Hayhurst's story was just about baseball and a continued exposé on the anonymous. No, Hayhurst ups the ante in OOML, pushing the story further into his delicate personal life.

As a baseball fan, should we care about the personal life of a ballplayer? If Hayhurst was Greg Maddux, that's an obvious yes. But Hayhurst has appeared in just 25 MLB games and has a career ERA of 5.72. Opening the personal life and personal thoughts to an anonymous fan is a risk, especially when it involves an alcoholic brother, depressed and crippled father, and batshit insane grandmother.

Yet in this story about baseball, this is where Out of My League becomes a true gem. It is through this lens that Hayhurst has produced something unique and valuable. In six short pages of chapter 6, Hayhurst recalls a scene with his father in high school that is guaranteed to bring tears to your eyes. The challenges of the baseball life puts a huge strain on relationships and marriages. At one point, Hayhurst recalls allowing a home run to Garrett Atkins, and as he stood at the center of Petco Park, he feared that longball would lead to his release and inability to pay for his upcoming wedding. I doubt you have imagined such a thought would go through the head of a Major Leaguer while on the mound.

Hayhurst's honest reflection of himself leads the reader to root for him, both on the field and off, yet he comes off as affable, self-depricating, and painfully insecure in his abilities. After three disastrous starts at the big league level, the reader is left crestfallen for Hayhurst:

"I'd spent my entire life trying to get to this place just to crash and burn when it mattered most."

His writing is of high-quality, which is no surprise for a man who confused Trevor Hoffman by asking if he had beliefs to "inculcate" himself to remain focused. Tim Kurkjian previously praised the "Bullpen Gospels" by saying "Writers can't play baseball, but in this case, a player sure can write." That becomes more apparent in "Out of My League," where he sets up his teammates' opinion of Joe Morgan with the effectiveness and nastiness he never showed against a major league hitter. As a blogger/writer, I sure cannot hit a home run against the best baseball players in the game, but Hayhurst has done the reverse here.

I offer my strongest endorsement for "Out of My League." It could stand alone as a coming-of-age tale. Or as an exposé on minor league baseball and the thoughts of an MLB rookie. It offers much in the form of a commentary on the value of family and marriage. Relayed anecdotes about notable MLB players makes the book worth the price. Put all of that together, and you have an absolute must-read, full of laughter and tears.

You can follow Dirk Hayhurst on twitter at @TheGarfoose and follow his wife at @GroovyGarfoose. After spending most of 2011 injured on Tampa Bay's AAA squad, Hayhurst has decided to take his baseball talents to the Italian League, were he can get paid to be a tourist.