There is a faction of Rockies fans who began rooting for losses last month, believing that truly hitting rock bottom would be the only way to return to on-field success. That hitting 100 losses would be the magical threshhold to make Dick Monfort reconsider his unusually strong trust in Dan O'Dowd. Leaving aside the bitterness of rooting for such embarrassment and the unlikelyhood it would actually change anything, losing 100 games is quite difficult to do (unless you're the Astros).

The Rockies are now on pace to go 64-98 thanks to a 9-5 run, which includes a combined winning record at Dodger Stadium, AT&T Park and Citi FIeld. They are doing it with an inexperienced rotation and lineup. It is not necessarily that the rotation has stepped dramatically up, but they have been better over the last 14 games, going 3-2 with a 4.70 ERA. Only the Rays have fewer losses by their rotation in the last two weeks.

The bullpen has been largely exceptional, battling off bouts of ugliness from overuse to sit 4th in MLB in fWAR. Yes, that is buoyed by inflated innings, but so is the bullpen ERA. The bullpen has thrown 5 scoreless innings in three consecutive games, giving them a 17-inning scoreless streak, with 20 strikeouts, 11 hits and 5 walks (4 last night). Last night also gave the bullpen their 26th win and 25th save. I'm not sure a bullpen has ever gotten more wins than saves.

Youth in the lineup is also helping out. Rockies rookies rank 1st in MLB in hits and home runs, thanks in large part to Jordan Pacheco and Wilin Rosario leading NL rookies in batting average and home runs, respectively. The Rockies comfortably rank 4th in WAR by hitters 26 and under. (There is one caveat to this, as Carlos Gonzalez, Jordan Pacheco, Tyler Colvin and Dexter Fowler are each 26 on the nose).

The summation of these moderately encouraging aspects has Colorado sitting with a winning record in August. If they can hold on, it would be their first winning month since June 2011. It has also pushed them out of the 2nd spot in the draft for 2013, as the Cubs' 3-7 stretch has dropped them below the Rockies in the standings by a half game.

Troy Tulowitzki could begin rehab assignment this weekend for Rockies - The Denver Post - Count this as another reason losing 100 games is unlikely. It won't be a bad thing for him to get a few reps in.

Rockies' Eric Young Jr. might go on disabled list - The Denver Post - At least in this case, a roster move won't be necessary, as Carlos Gonzalez is planning to return from the bereavement list tomorrow.

Patience Paying Off For Kyle Parker - Baseball America (subscription req'd). Parker is definitely making a case to go to the Arizona Fall League, if not win the California League MVP.

Correction to Ben Petrick's appearance to speak about Parkinson's - Ben Petrick, my first favorite homegrown Rockie from the minors on up, is speaking about his affliction in eight days in Denver. He was diagnosed with Parkinson's Disease at the age of 22 and has now been dealing with the disease for over a dozen years. 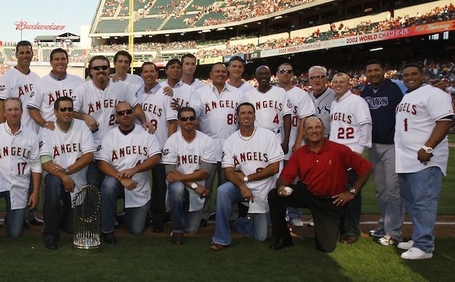