So, can we just play the Padres in every game?

The Rockies are 6-0 against the Padres so far in 2013. What is the best the Rockies have ever done against a division rival?

Share All sharing options for: So, can we just play the Padres in every game?

The Colorado Rockies have eight wins so far in 2013. Six of those wins have come against the San Diego Padres. The Padres aren't great, but, in theory, neither are the Rockies. After all, the Rockies are fresh off a 98-loss season, and, more recently, a sweep at the hands of the world champion Giants. Yet they look like world beaters when they take the field against the Friars. After this weekend's sweep, I was curious what was the best the Rockies had ever done in a year against a division rival. 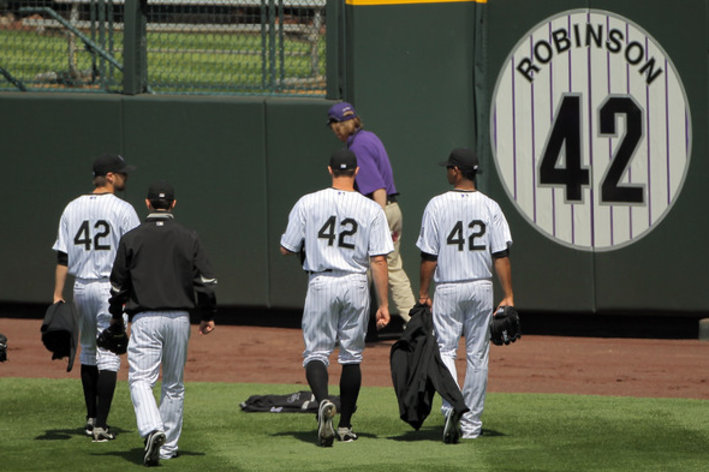 The Padres are certainly dealing with some issues: their best player, Chase Headley, is still recovering from an injury. He hasn't played a game yet this year. Their second best hitter, Carlos Quentin, sat out the last two games as he works through the fallout of having bum rushed Zack Greinke. Catcher Yasmani Grandal, one of their best young players, is serving a 50-game suspension for testing positive for having too high a testosterone level. That's a lot of talent not taking the field for the Padres in the early going.

Despite that, the Padres are still a Major League team with Major League players, and the Rockies are 6-0 against them. It feels like the Rockies have always struggled within the NL West; when they leave the friendly confines of Coors Field and visit the pitcher's parks on the west coast, they always seem to struggle. However, unusual as it may seem, they've had years where they've dominated NL West teams.

In 2010, the Rockies went 12-6 against the Padres. This was the year when Troy Tulowitzki, Carlos Gonzalez, and Ubaldo Jimenez all had their best seasons, though the Rockies as a whole only went 83 and 79. Surprisingly, the Padres were a 90-win team that year, including going 12-6 against the division-winning Giants (that's got to feel nice). Their failures against the Rockies ended up being the reason they couldn't win the NL West that year.

In 2007, which was easily the most gratifying year in Rockies history (except for the last four games), the boys in purple went 12-6 against the Los Angeles Dodgers. The Dodgers won 82 games that year, so they weren't exactly chopped liver. However, they went into a tailspin in the latter half of the year, and the Rockies capped off the season series with a four game sweep of the Dodgers in September. That sweep was highlighted by Todd Helton's walkoff two run homerun against Takashi Saito, a walkoff that kept Colorado's playoff hopes alive. It was pretty cool.

For the sake of good journalism, I probably ought to note that the Rockies have had some years where they struggled majorly against a certain opponent. In 2012, the Rockies went 4-14 against the Giants. In 2008, the Arizona Diamondbacks won 15 of 18 meetings. Ouch. Okay, duly noted, moving on. 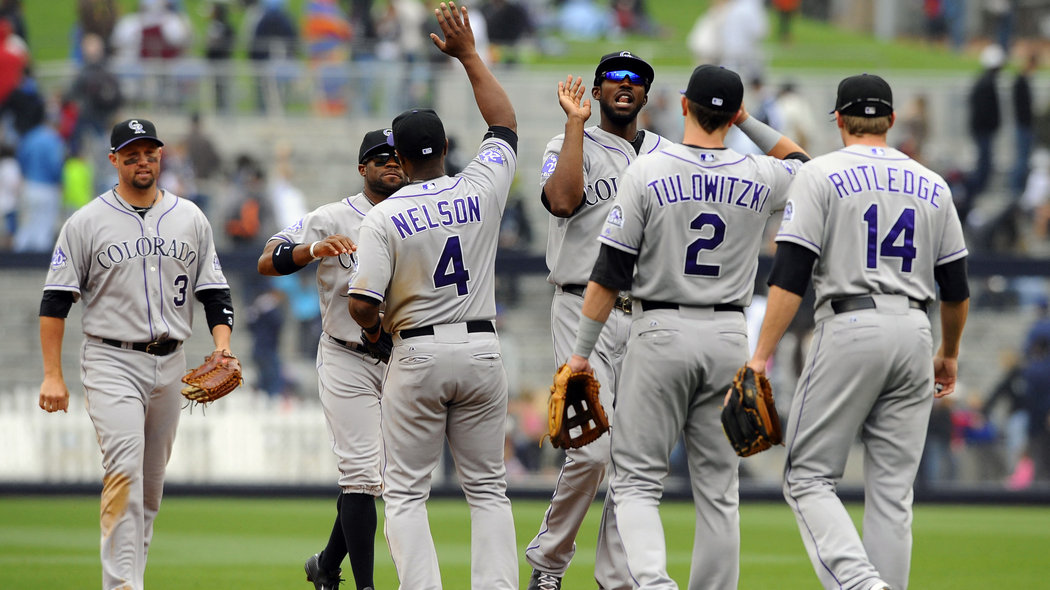 All the Rockies have to do to match those 12-6 records is to play the Padres at .500 in their last 12 games. That seems eminently doable after embarrassing them in the first six. Of course, kicking the Padres' butts will only take you so far; the Rockies have to be consistent winners against all sorts of teams. If they start winning games and series against the Giants or the Dodgers or the Diamondbacks, then they might start getting some more respect. The NL West is going to be strong this year, and the Rockies need to be able to beat the bullies. In this early going though, it's nice to lay the beat-down in the Padres.