I interviewed Jeff Bridich and Rolando Fernandez of the Rockies Front Office about their new Dominican Academy. We also touch on the death of a prospect in the Nationals Academy and explain what the Rockies are doing to avoid this type of tragedy.

The Colorado Rockies are scheduled to move into their new $6 million Dominican Academy this month. Originally, the Academy was scheduled to open on April 1st, but construction delays have pushed back the move-in date to April 16th.

The facility, which has the room to house about 80 players, includes a clubhouse with dormitory style living for players, living quarters for on-site staff, training room, weight rooms, cafeteria, entertainment room, computer room, and a classroom. The old facility had room for only about 45 players and was set in more of a military barracks fashion - so the new establishment will have additional room and provide more comfortable living arrangements for the players.

The baseball side features two full sized fields, a half field for infield work, three batting cages and pitching mounds. The fields provide an upgrade over their previous complex, which had only two fields and a single cage. Several players can now work out at once with different areas to improve their skill. The three cages allow coaches to do specialized work, whether it's practicing on quick hands drills or hitting off-speed pitches.

"We took pretty much everything in our old academy and made it better." said Rockies Sr. Director of Player Development Jeff Bridich.

The Rockies presence in the Dominican began in 1992 when they shared a facility and team in the Dominican Summer League (DSL) with the Cubs and Royals from 1992-93 and then solely with the Royals until 1997. That was the year the Rockies branched off on their own and formed the DSL Rockies.

Several players have successfully graduated from the DSL to ultimately represent the Rockies in Coors Field. Most of the success has occurred recently with players like Wilin Rosario, Jhoulys Chacin and Juan Nicasio. One of the first DSL graduates into purple pinstripes was Juan Uribe who debuted in 2001 at hit .300 with eight home runs and 11 triples.

"We have always had a strong presence in Latin America, but our new Academy will greatly benefit our staff and young players not only in their baseball pursuits, but in language and education as well." -Rockies Sr. VP of Major League Operations Bill Geivett.

The function of this Academy is to act as a funnel for all Latin American prospects so they can receive training year round, in an environment that helps the players become professionals. Because players are typically signed when they are 16, many have very little education.

Only about half of the children in the Dominican are enrolled in secondary education according to a study by the United Nations Educational, Scientific and Cultural Organization (UNESCO).

The goal of the Rockies Academy is to provide a better way of life for the players there as Rolando Fernandez, Colorado's Senior Director of International Scouting told me:

"Education is done on a case by case basis. However, we try to take it as far as we can. Overall, we concentrate on English and US cultural education. If a player is close to graduation, we do what we can to help the player graduate."

A source familiar with the Rockies told me the intention is to have players enter the Academy at the age of 17, stay for three years and then leave better off from when they came in. This facility will create a situation for kids to enter the program, have a positive experience and to leave better men - even if they never play baseball again.

Ultimately this is a good investment for the Rockies because the best players are more likely to go somewhere where they can get a lead into a better life.

Tragedy in the D.R.

Dominican academies have been in the news recently after the political website Mother Jones featured an article about the death of a player in 2011, named Yewri Guillén from the Washington Nationals organization.

The article explains that Guillén complained of headache symptoms and was sent home without medical treatment where he ultimately died as the result of an infection in his brain. Upon leaving the Nationals facility, Guillén's family took him to a private hospital where he was refused treatment because his family could not afford the required $1,300 medical deposit. After leaving the hospital his family settled on an affordable Cuban-Dominican clinic where he finally succumbed to his ailments.

The Washington Nationals were later cleared of any negligence in an investigation by Major League Baseball. Initially Yewri's death was thought to be from meningitis, which can be avoided if a player has received a vaccination. MLB cleared the Nationals because, "No other players are at risk and proper protocols had been followed to prevent others from being infected."

After Yewri's death the Nationals and other clubs in the D.R. instituted vaccinations to prevent meningitis from being spread. Later a medical report released by the clinic indicated that Yewri died from a sinus infection in his brain and not from meningitis. According to the Mother Jones article, tea and aspirin was the only treatment Yewri received for his symptoms from the Nationals.

Jeff Bridich, the Rockies VP of Development, told me an incident like this wouldn't happen at the Rockies Academy. Players have the same training facilities available to them there as the players in their spring training home in Salt River Fields at Talking Stick. An on site training staff uses the same equipment as those available in Arizona to diagnose and treat minor injuries. If a player comes down with something more severe, the Rockies have a plan for that:

"If a player is sick or injured we take them to a special clinic in Boca Chica where they receive the best treatment available. It doesn't matter if they need a MRI, X-ray or something else, the Rockies cover it." said Bridich.

This statement was backed by former Rockies minor league pitcher Rafael Suarez who spent four seasons playing for the DSL Rockies from 2006-09. Suarez told me that the Rockies have good trainers at their academy. If someone had a medical need the trainers would take care of them and they showed a lot of compassion towards the players.

In addition to seeing local doctors, the Rockies have a medical director and a rehab coordinator based in the U.S. who work with the players and medical staff to ensure the players receive the best treatment. The Rockies know that the players are their best asset and by treating them well, it helps to build a stronger club in the future.

New academy is part of a bigger picture 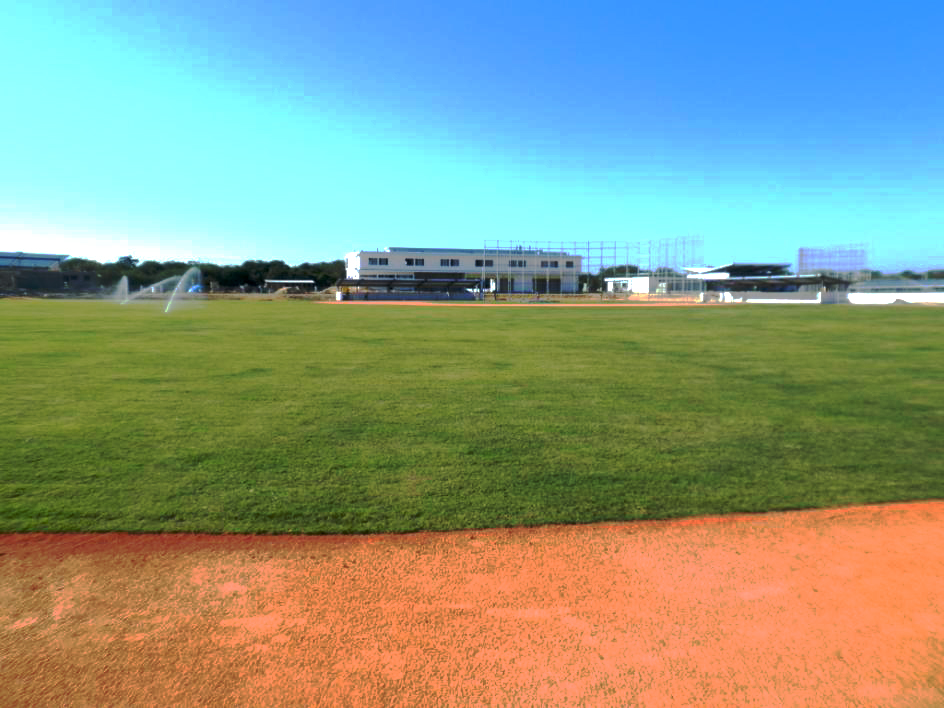 The Dominican Academy is intended to align with Salt River Fields, so that players can transition seamlessly even though they're from a different country. Players who develop well in the DSL are given a chance to train in Salt River to see if they are ready for a promotion to short season teams in Grand Junction or Tri City. Last year Jayson Aquino spent time in Arizona, training alongside Rockies draft picks, before he was ultimately sent back to the DSL to start the 2012 season.

This move left many Rockies fans scratching their heads, as they had followed his stats and it appeared he was dominating the league and ready to move on. I asked Rolando Fernandez what DSL players had to prove to the Rockies brass before they could be promoted to the United States.

"The majority of players we sign are 16 to 17 yrs old. Players at this stage lack strength, baseball awareness, skills consistency, maturity, English, etc. We make sure the players have a good foundation in all these areas before making the transition to the U.S." said Rolando.

He then added, "We bring players to the U.S. at different stages, the key is to bring them at the right stage."

Ultimately the Rockies new Dominican Academy not only provides a beacon for Latin America's best prospects to flock to, it gives the players a chance to develop into future Major Leaguers.

I got a season to play tmrw so if you have negative coming my way plz just save it. In general

Holy Cow! @tylercolvin21 just for lack a of better word Robin Hooded in darts. @chuck_nazty has no chance to win. twitter.com/CFRIED12/statu...