The Colorado Rockies have optioned Josh Rutledge to AAA Colorado Springs, according to Patrick Saunders of the Denver Post.There isn't a corresponding roster move to be made yet, as Michael Cuddyer will return from the DL on Friday and the Rockies have Thursday off.

The growing conflict at second base 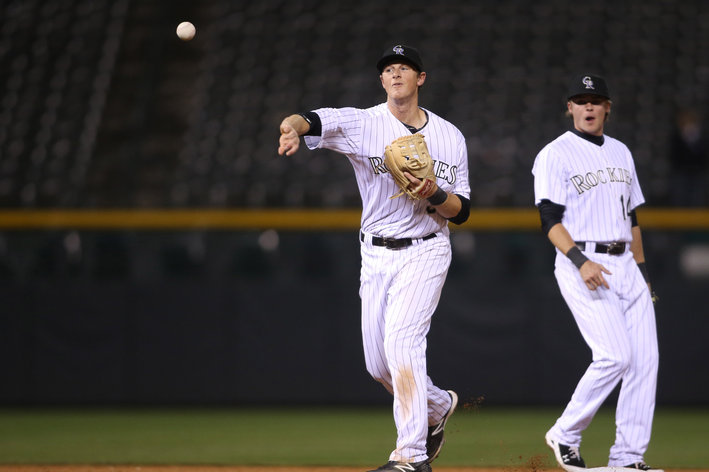 RhodeIslandRoxFan broke down the difference between Rutledge and his now more permanent replacement DJ LeMahieu.

LeMahieu was destroying AAA (.364/.405/.510) and has performed well even going back to the end of last year at the MLB level, especially defensively. Saunders suggests in a follow up tweet that we should expect to see Rutledge again with the big league club and that this stint is likely a tune up for the man I've affectionately taken to calling "the Fox."

I personally would have preferred the team option Johnathan Herrera, but I suppose an argument could be made that it's better to give Rutledge a chance to work on some things with every day at-bats at the AAA level, where he has yet to spend time after making the jump straight from AA. I hope this is a temporary move designed to jumpstart Rutledge and not a punishment for lackluster numbers which were actually on the rise. This could be a dangerous move if Rutledge interprets it as a punishment especially since his .262 BABIP suggests he has been more unlucky than not good.

That being said, it's nice to have the "problem" of too many potentially quality players at any position, especially one that has been so difficult for the Rockies over the years. Hopefully LeMahieu fills in nicely and provides solid defense while Rutledge rakes enough in AAA to earn his way back.