An interview with the Asheville Tourists Community Relations Manager about the service projects that Rockies players are a part of in the minor leagues.

Share All sharing options for: Rockies Prospects: Community service in the Rockies organization

Baseball in Colorado isn't just about bats and balls, it involves an investment in the community. That's one of the reasons fans are drawn to the Colorado Rockies, this organization is built on a foundation of good people, doing good things. Today I'd like to introduce one of the those good people. 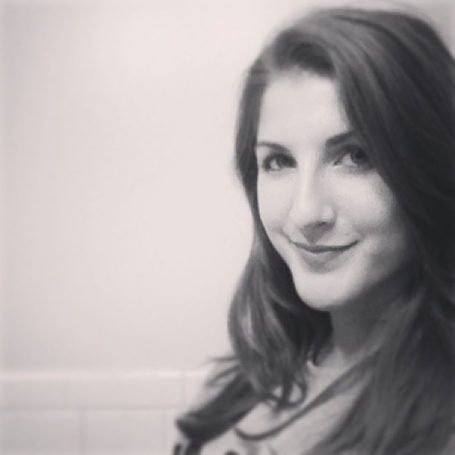 Ashley Trobaugh is the Community Relations Manager for the Asheville Tourists. She coordinates events for Rockies prospects to attend service projects in the Asheville area, but charity work isn't just part of her job -- it's the way she lives her life. Ashley has volunteered in Africa, the Dominican Republic as well as all over the United States, and this is her story.

Charlie Drysdale: When looking at your background, I was impressed with the service projects you've been a part of. Can you share some of your own experiences doing charity work?

Ashley Trobaugh: Absolutely! I went to the Dominican Republic in March of 2012 to serve a small village called Cielo, just outside of Santo Domingo. While I was there, I saw just how passionate the Dominican people are about baseball. Walking through the streets of Cielo, you see children using sticks as bats and empty soda bottles as balls. I saw one child hit a plastic bottle so hard it burst into a hundred pieces! All the little boys I met said they wanted to come to America to play in the major leagues.

Our current Tourists roster includes several players from the Dominican, and we were able to take advantage of that by bringing a couple of them out to a local elementary school's "International Carnival," where a third grade classroom was celebrating the Dominican Republic. The players shared information with the children, and pointed out where they were from on the students' hand-drawn map of their home country.

In South Africa, I had the unique opportunity of taking care of orphan chacma baboons. The baboon population is seen as a nuisance to most South Africans because they sometimes steal food from farmers and townspeople in order to feed their young. When hunters kill adult baboons, the baby baboons are left with no one to care for them, which is where the Center for Animal Rehabilitation and Education (CARE) steps in.

I learned about the program through watching Animal Planet, and spent a month volunteering there the summer after my freshman year of college. I plan to return in the future!

We have a truly great group of guys in Asheville, which speaks volumes about the types of players the Rockies are drafting into the organization. -Ashley Trobaugh

I've also spent time in Antigua and many locations throughout the US (including Louisiana, West Virginia, Chicago, and all over North Carolina) doing mission work with my church and college ministry group.

CD: What motivates you to do charity work?

AT: My faith in Christ motivates me to serve others, and it is my daily mission to share His love with the people around me. Even when I am not verbally proclaiming the Gospel, it's my hope that others will see Him through my actions.

CD: It's very evident that you have a passion for charity work, was that part of your job profile when hired, or was it something you took upon yourself to bring to the organization?

AT: My passion for charity work is a big part of why I was well-suited for this position in Asheville. The Tourists were looking to hire someone who would bring the organization and the community together, to get out into the schools, and to show the community a side of the team that wasn't just about baseball.

The Tourists understand how important the people of Asheville are to our success as an organization, and we want to give back to the community that gives so much to us.

CD: Share with the readers about some of the recent projects you and the Asheville players have been involved in this year. Which one has been your personal favorite?

AT: Since school has not let out for summer yet, our goal is to get the players and the mascots to as many school appearances as possible. We want to encourage the children to read and enjoy learning by showing them that it's fun! We have the Tourists players read to children at elementary schools and we have developed the Asheville Tourists Reading Program.

The reading program rewards children in elementary schools for going above and beyond their required reading assignments. When children reach their goals, they receive prizes such as game tickets, recognition on the field at a Tourists game, and pizza parties with our mascot, Mr. Moon!

We also have players going into the local middle schools, where we have them talk to kids about staying off of tobacco. The Tourists know just how big of an impact our players can have on what kids think about topics such as chewing tobacco and smoking. We want to use their influence to help kids make good choices.

CD: How willing have the players been to participate in the service projects and what was their feedback afterwards?

AT: We have a truly great group of guys in Asheville, which speaks volumes about the types of players the Rockies are drafting into the organization. Every single one of them has been more than willing to go on these appearances and help out in the community. 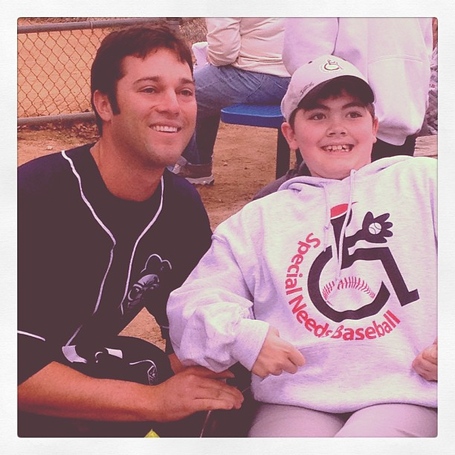 -Josh Slaats at a baseball camp

Recently, we took two players to a Special Needs Baseball game just outside of Asheville. While they were there, the players signed autographs, took pictures, and pitched for the two Special Needs Baseball teams. The appearance was scheduled to last one hour, but after an hour and a half rolled around, without the players slowing down, I told them "OK, guys - we can head out now!" To which one of them replied, "But the other team still has to hit - can we stay longer?"

We ended up staying over two hours, and we only left so that the players could get ready for their game that night. That was definitely my favorite day, because our players seemed to take almost as much joy out of the appearance as the Special Needs Baseball players did.

CD: What kind of feedback are you getting from the kids and other people you've helped?

AT: Everyone we've met through appearances has been so thankful to have the players out to their events and classrooms. Most of them seem surprised that professional athletes would take the time out of their day to volunteer in the community.

CD: Where do you get the ideas for your service projects?

AT: While interning at the Minor League Baseball headquarters in St. Petersburg, FL last fall, I had the opportunity to write weekly articles featuring unique ideas that MiLB teams were implementing at their ballparks.

The purpose of the newsletter articles was to share ideas among the Minor League Baseball community, so that teams could read about a good project and then alter it to fit their local fan base. Some of my ideas have stemmed from that experience, and others have been suggested by my coworkers (for instance, the Tourists Against Tobacco program I mentioned earlier).

I also spent a lot of time brainstorming and planning projects in the off-season so that they would be all lined up by the time the players arrived in April.

CD: What other projects do you have planned for the near future?

AT: May 12-18 is National Nursing Home Week, and we are looking forward to taking our players and mascots out to some local nursing homes on those days. Some of the nursing home residents in Asheville aren't able to join us at our baseball games, so we're excited to bring the baseball to them!

CD: Anything else you would like to share with Rockies fans about the work you do in Asheville?

AT: Our goal is to get all of the Tourists players involved in community appearances, but reading to kids and interacting verbally is not always easy for players who don't speak fluent English. One way we're able to get our Spanish-speaking players involved in volunteering is by taking them to Spanish classes at local schools, where they can converse with the students in their native language.