In this video, I introduce "Drag Factor" and explain how it's able to quantify one of the biggest strengths of Colorado's offense.

In an effort to measure how much "bad offense" has been in the Rockies lineup over the last several years, and to specifically highlight how little there is now, I needed to create a new statistic. So here it is...

(If you are not familiar with wRC+, here's a link that explains the metric.)

In a nutshell, we are looking for players who have a very low wRC+ and a very high number of plate appearances. The more extreme the combination of each of these two factors are, the higher a player's Drag Factor score is going to be.

When an entire roster's worth of these scores are added up, it gives you a number that does an excellent job of quantifying how much "bad" is in a team's offense. (The average Drag Factor for a team is somewhere around 12.00. I have not added up every team yet because it takes a while to create these tables, but that seems to be where the league midpoint lands. )

THE LOWER THE DRAG FACTOR SCORE, THE BETTER IT IS FOR THE TEAM. (It should not be a surprise that four of the five lowest drag factor scores over the last ten years are owned by the Colorado team's with winning records)

Without further ado, here are the Drag Factor numbers for the Rockies over the last 10 seasons with a table that ranks the team total Drag Factor scores for those seasons at the top. 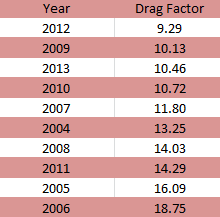 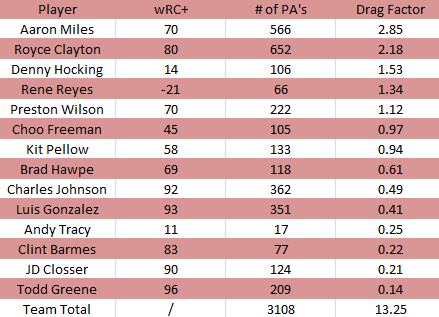 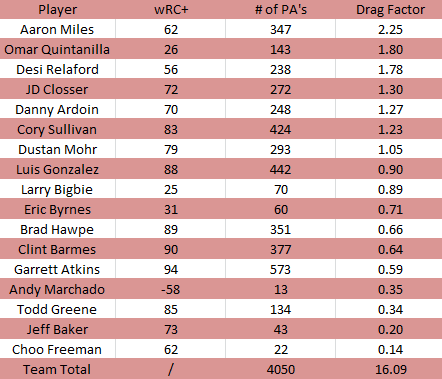 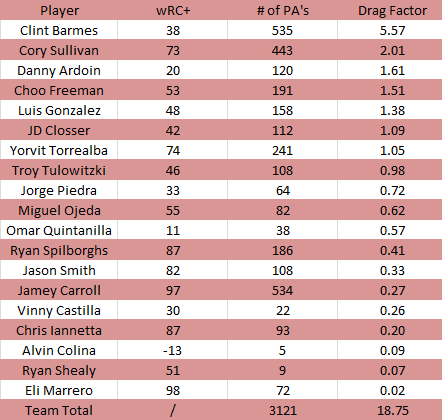 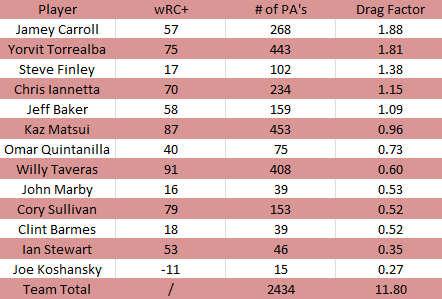 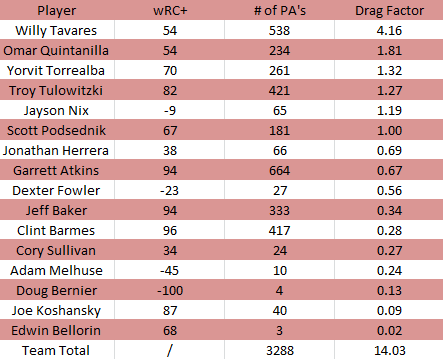 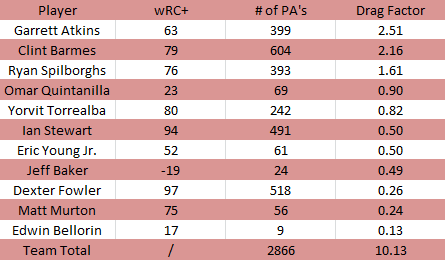 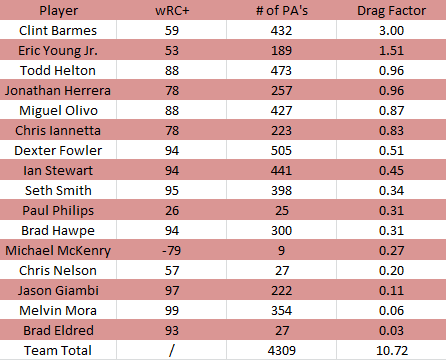 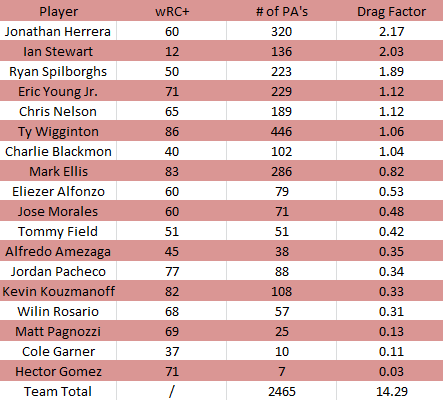 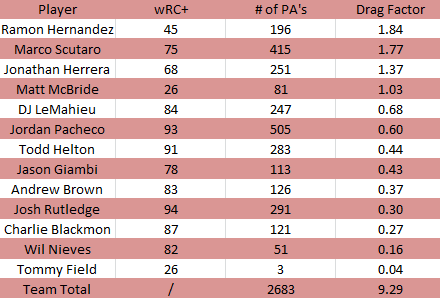 What do you think of "Drag Factor" as a way to measure bad offense?