Who will be the latest Rockies first-round draft pick? We'll find out Thursday evening.

The 2013 MLB Draft gets underway on Thursday night at 4 p.m. MT on MLB Network with a one-hour preview show, and a little while later the Colorado Rockies will use the No. 3 overall pick, which they, uh, earned, following that abominable 2012 season with a 64-98 record. Only the Houston Astros (55-107) and the Chicago Cubs (61-101) finished with worse records than the Rockies.

The Rockies will have two more picks -- No. 42 overall in the second round and No. 70 overall in the Competitive Balance Round B between the second and third rounds -- on Thursday. Rounds 3-10 will take place Friday at 10:30 a.m. MT and Rounds 11-40 occur on Saturday beginning at 11 a.m. MT.

The Rockies haven't picked this high in the draft since 2006 when the team chose Stanford Cardinal right-handed pitcher Greg Reynolds with the No. 2 overall pick. Alas, Reynolds turned into a story of continual woe until he was traded in early 2012 to the Texas Rangers for Chad Tracy.

This will be the Rockies' 11th selection in the top 10 since the team started drafting in 1992. We can all agree that taking Todd Helton with the eighth overall pick in the 1995 draft was the team's best move when picking in the top 10. After that, Troy Tulowitzki at No. 7 in 2005 is starting to rival Helton's selection. (Maybe we should look forward to the 2015 draft since we've done well in the SSS of picking in years ending in a five.) 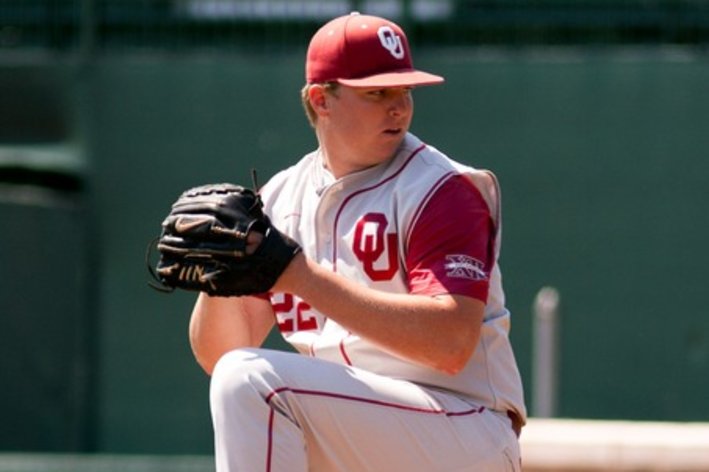 David OhNo recommends a pick for the Rockies. Who is it?

In 2012, David Dahl became the latest Rockies first-rounder when the team popped him with the 10th overall pick. He signed about a week later and went to the Pioneer League, where he dominated and earned league MVP honors. His 2013 season didn't get off to a great start, as he was demoted to extended spring training after one game with Asheville. Dahl returned in late April, but left a game on May 7 with an injury that turned out to be a torn hamstring. He is likely to miss three months.

Here is the complete draft order: