Totally not what you think it is.

The Milwaukee Brewers were dealt a blow earlier in the week, aside from their series loss to the National League West division's last-place team, and must now carry on with the weight of a drug scandal on their shoulders, in addition to the pain they were already feeling after falling 21 games out of first place in the NL Central.

Following an investigation that dragged on for several months, MLB wielded its hammer upon the Brewers, changing the course of the team's immediate future and casting a sea of questions around the organization that will persist long after the completion of its miserable 2013 campaign.

And, it's all because of Yuniesky Betancourt.

The 31-year-old veteran allegedly tested positive for performance-reducing drugs prior to the start of the season and, after months of behind-the-scenes negotiating with the commissioner's office, will be ordered to continue playing for an undetermined period of time.

Some players that should replace Yuniesky Betancourt 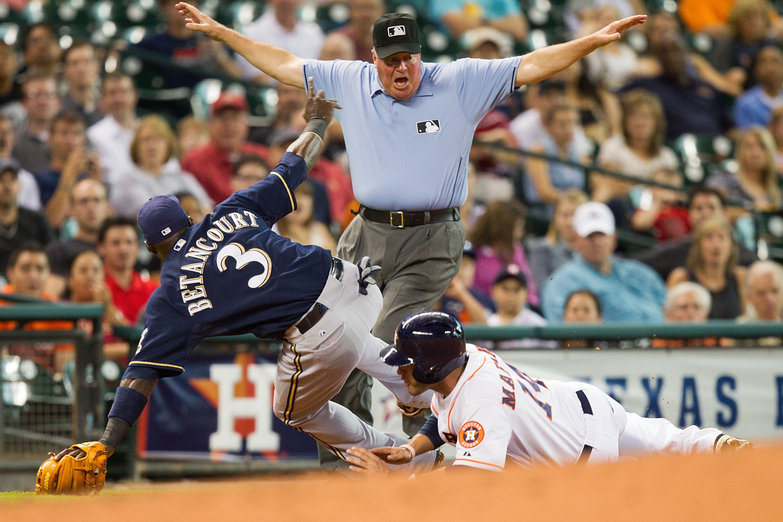 Because when they say "You know, it could be worse," they're talking about Yuniesky Betancourt.

In his ninth big-league season, Betancourt is hitting .209/.237/.353 while, for some reason, playing first base and left field, among other positions. Betancourt has long been rumored to have been taking PRD's over the course of his lengthy career, during which he has posted a lifetime on-base percentage of .286 in 4,160 plate appearances.

The Brewers have declined to comment to anybody ever on the situation, although Yahoo! Sports' Jeff Passan has reported that HE KNOWS FOR SURE that Betancourt's teammates and coaches are none-too-thrilled with MLB's decision.

Regardless, the Brew Crew must continue to push forward.

They didn't do that at home against the San Diego Padres after the BIG NEWS was announced, though the team trounced the Miami Marlins in a weekend series, and we all know what they went on to do at Coors Field in their next slate of games.

That, alone, should give the Brewers hope this weekend in Denver. Tough times certainly lie ahead, but with Carlos Gomez and Jean Segura in the field and Bob Uecker in the booth, how tough can it really be?

We may find out soon, as word is starting to circulate around the baseball community that Brewers starting pitcher Tom Gorzelanny might be on the hook for a positive face-enhancing drug test. Also, Donovan Hand. He didn't really do anything, just ... DONOVAN HAND, y'know?

For more on Betancourt, Gorzelanny, Hand and the Brewers, head over to the excellent Brew Crew Ball.

Brewers vs. Rockies: Can Colorado rebound after dreadful Marlins series?