Part 4 of our five-part series profiles another Rockies top prospect -- but one with a lot to prove in 2014.

If there was anyone more excited to be at Spring Training 2014 than me, it was David Dahl. His infectious smile and exuberance only subsiding momentarily into the brimming fire that clearly burns through him between the lines, Dahl plays the game with ferocity and grace.

We only spoke for a few moments -- seconds really -- as he was among the busiest guys in camp while I was there.

A hearty handshake, a moment of recognition that we had previously corresponded but not yet met, and a brief conversation about him literally getting back into the swing of things gave way to him darting deeper into the stupendous facility known as Salt River to wash this game off and get right back to work.

He remarked again on his excellent condition when asked but it was really a formality at that point as his legs spoke for themselves when he beat out a bobbled ball to second base in his first at-bat earlier that afternoon.

He told me that his focus right now was staying in, not pulling off the baseball, and getting the most out of every at-bat. He admitted a bit of rust due to such a lengthy break from live action. But when I recalled his last AB of the day -- he smoked a fastball away from him for a slicing, screaming line-drive that only found the left-fielders mitt because of a great play and a smart shift -- he remarked, "I'm getting there."

He has all the physical tools. The key for David Dahl moving up the levels will be more subtle things like pitch recognition, tracking off-speed stuff as the rotations spin tighter and catching up to fastballs as their velocity and locations become even more impressive than the competition he faces now. 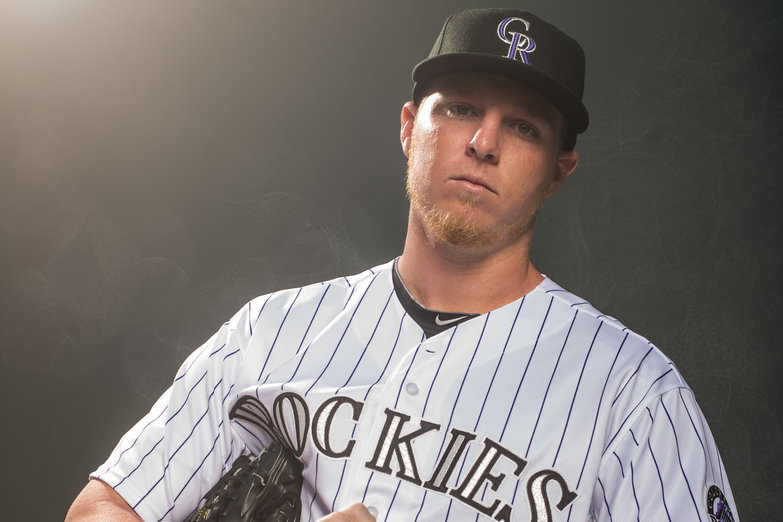 In Part 3 of our five-part series, Drew talks with two of the most exciting prospects in the game, let alone the organization.

This was all undeniably fascinating, but I'd been to several impressive Dahl games in Grand Junction so I've seen what he can do during the course of a game.

And (admittedly from a distance) I was already aware of his enduring kindness through stories of those who know him well, observing his willingness to banter with (and do awesome Christmas giveaways for) fans on Twitter, and as evidenced by the chill nature with which he agreed to an interview with me a few months ago.

But David Dahl still wowed me at Spring Training during, of all things, batting practice. I am no scout but watching Dahl take BP helped me understand hitting better.

A few other players have more powerful whip to their swings and drove the ball to or over the fence but seemingly at random, interspersed with ground balls, would-be fly outs, and smashes into the L-screen that shields their grateful coach/pitcher. Many pull their bats through the zone with a largely inadaptable swing, hoping their chosen trajectory lands the barrel to the ball.

They hit the ball hard but without direction.

Dahl, however, displayed a knack for making last second decisions with the flick of a wrist or an angular adjustment that put the sweet spot on the laces of the baseball - creating that sound, that singular, glorious sound - every, single, time.

He hits balls away from him into the oppo-gap and and turned quickly, pulling the inside stuff down the first base line. Dahl seems less to be hacking with violent intent in order to dramatically alter the baseballs course, and more like he is guiding the ball -- with a firm and decisive flurry -- to it's most natural and obvious final destination.

I watched him take eight (or was it nine, or ten?) pitches and laser them into the gaps and down the lines as though he was depositing money in the bank or sinking jump shots like Ray Allen. Each one (I'm really not kidding, each one) lacked the loft that allows a fielder to run underneath it and never touched the ground until it hopped into the outfield fence, cutting through the air with that recognizable line-drive whirr. 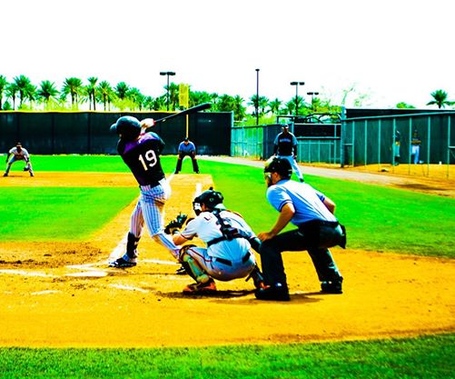 I watched Mark McGwire take batting practice at Coors Field once and have never seen anything like it. This was not that.

Maybe Dahl just had a good day or a nice streak. But what it did remind me of was watching Todd Helton on that same night, years ago. McGwire's BP was a slam dunk contest from Dominique Wilkins: power and awesomeness. Helton was Larry Bird winning the three-point contest: consistency and precision, placing the ball all over the field with the same accuracy with which he would have thrown it.

I can think of no better compliment (for me) to a hitter than to be reminded of Todd Helton. Maybe Dahl just had a good day, or a nice streak, but for him -- most assuredly -- a long, cold winter is over.