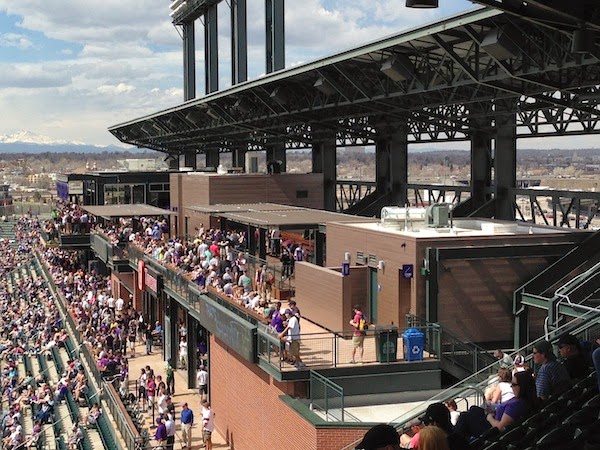 Wednesday afternoon my wife Anne and I took in an afternoon Rockies game at Coors Field - the first Rockies game we've attended in three years. I have always been a Rockies fan, and once I had season tickets in the 90's, but in recent years I have found it more difficult to attend games in person.

On this sunny April day, though, I wanted to once again see the Rockies with my own eyes to check out this season's team and see the changes to Coors Field. The most prominent change is the new Rooftop section (shown above) high above the right field wall. 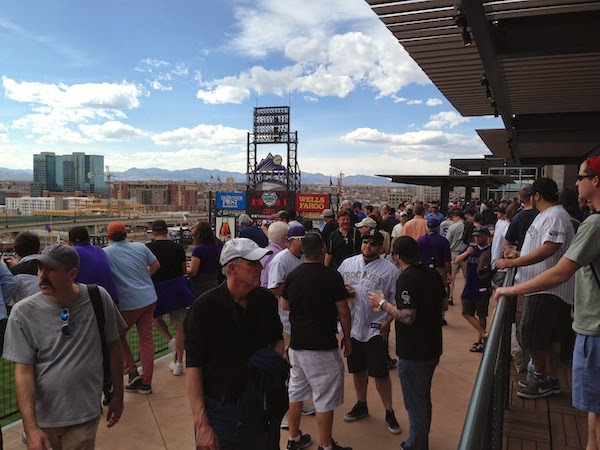 The Rooftop draws quite a crowd, even for this game on a weekday afternoon where the overall attendance at 20,000 was less than what the Rockies typically draw on the weekends. For most games rooftop tickets are $14 which includes a $6 concession credit. Ticket buyers can choose to stand in the rooftop area or sit in the general admission section of Coors. If you choose to stand, arrive early to get a spot on the rail for a view of the field! 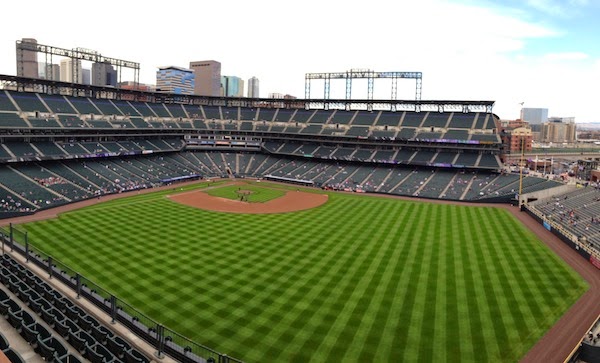 Here's a picture I took before the game from the rail on the Rooftop. As you can see, you are far from home plate, and balls hit to the wall in right field are not within view. Still this section allows fans to be part of the action for a bargain price. 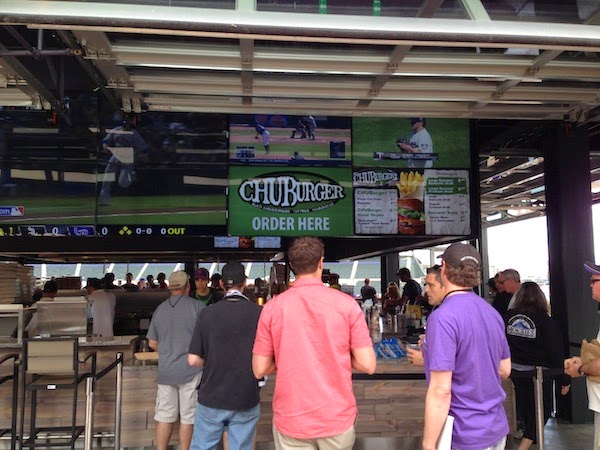 Also featured as part of the Rooftop are a variety of food and drink options. 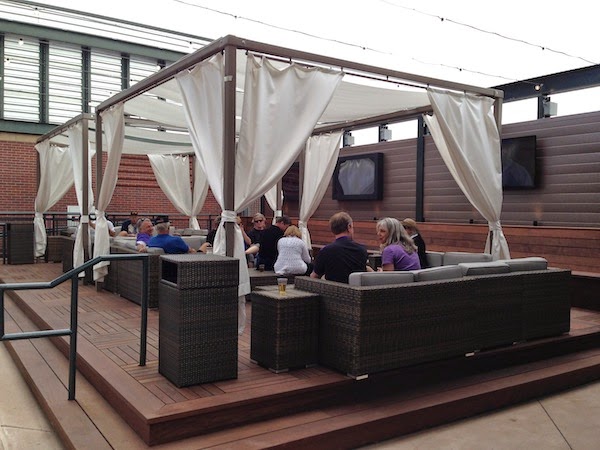 Away from the action fans can relax on these comfy couches and watch the game on the hi-def monitors. 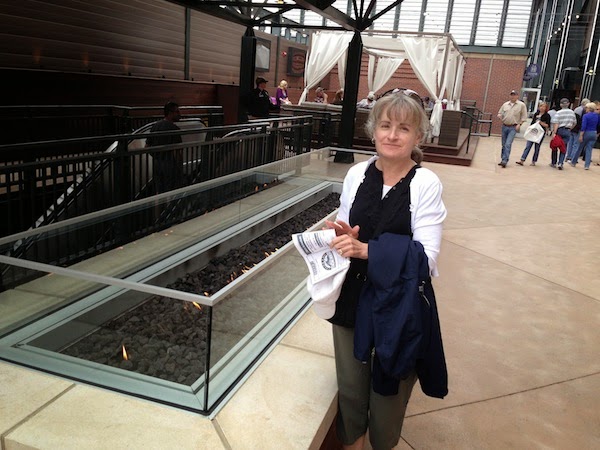 Not needed on this sunny day, but for those cold early season night games fans can warm up next to this fire pit behind the concession area. 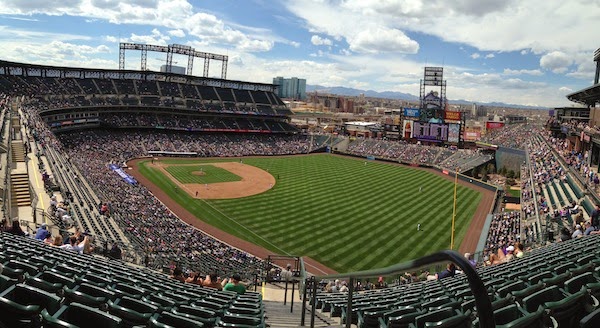 Here's the view from the general admission section that rooftop ticket holders have access to. Our seats were in another section, but after the second inning we chose to sit in general admission for the shade and cool breeze at the top of the stands.

Would I purchase Rooftop tickets for a future game? Probably not, as I had trouble picking up the flight of the baseball from this far away. I prefer the upper deck behind home plate, where I used to have my season tickets, if I don't want to pay the higher prices of the lower level or club level.

Still I think the Rooftop is a good addition to Coors Field. It drew a younger crowd this day, most of whom seemed more interested in socializing than watching the game itself. But that's OK - part of the beauty of baseball with its slower pace is enjoying the sunshine and the company of the people you are with.

For more information on the Rooftop check out this FAQ from the Rockies.