The Rockies' footprint is large in area but small in population. There's an opportunity to change that, and the team would benefit greatly by taking advantage of it.

Share All sharing options for: Analyzing the Rockies' geographical footprint

The New York Times on Thursday published an eye-catching map of the United States that breaks down each team's popularity by zip code. The method used to collect the data -- Facebook "Likes" -- certainly isn't foolproof, but it does provide a nice visual of which teams own which regions.

As expected, the Yankees and Red Sox dominate the map and have sizable fanbases both in their own regions as well as 3,000 miles away. As for the Rockies, their footprint was pretty predictable, although there are a few surprises.

One, while it seems somewhat unfortunate that Denver County is made up of only 57 percent Rockies fans, that's actually the second best total of any NL West team's home county. Only the Giants' home area, San Francisco County, has a higher percentage of fans of the local team. The Dodgers come in at just a little bit less than the Rox, while the Padres and Diamondbacks have significantly fewer fans, by percentage, in their home counties.

Something that is a bit worrisome, though, is the lack of Rockies fans in the Salt Lake City metropolitan area. There are almost 2.5 million people, all of whom are able to watch every single Rockies game on television thanks to being in the ROOT Sports Rocky Mountain territory, and yet the Rockies don't even account for the roughly eight or so percent of fans it would take to crack the top three in the area. Instead, the Yankees account for about 20 percent while the Red Sox are close to that number and the Giants and Dodgers come in just under 10. 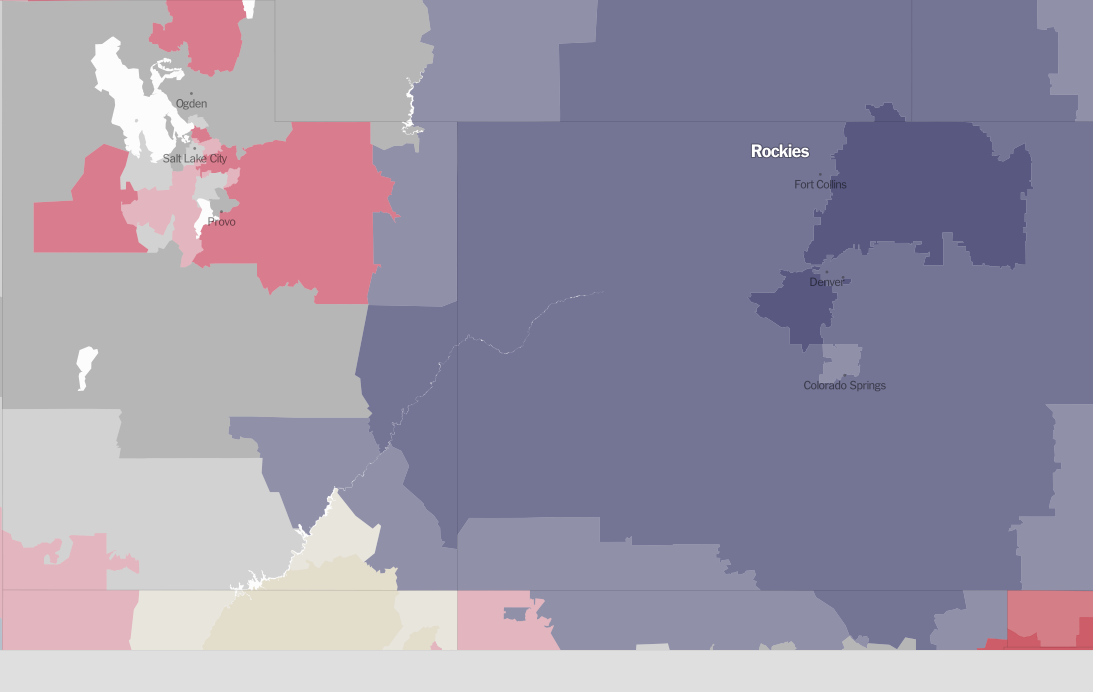 The Rox aren't well represented in Denver's fairly large neighbor to the west.

This tells me a couple of things. First, the Rockies likely were privy to this information years ago, which is why they have bolstered their efforts in recent years to market their brand in a Salt Lake MSA that includes the fifth, seventh and 13th fastest-growing cities in America. Second, the club still isn't doing enough. The Rockies have yet to secure a radio deal in any city in Utah and have missed opportunities to house minor-league affiliates in the area. There are three MiLB teams within an hour of each other on the Wasatch Front, and none can claim the Rockies, who are easily the closest MLB franchise, as their parent club.

I obviously take a special interest in this subject being that I'm (A) a Rockies fan; and, (B) live within the Salt Lake MSA. So sure, there's some bias here, but with no other big-league team within 700 miles of SLC, the Rockies should be taking over the area. The biggest thing that would help, of course, is some kind of sustained success. If Colorado can accomplish that, it will most certainly begin seeing these types of numbers rise in important areas of the region. And that would benefit the team in a wide range of categories, including additional TV revenue, increased merchandise sales, and everything in between.