The Rockies were much improved in 2013, but their final record still gave them a draft choice in the top eight this June.

Rockies fans had reason to pay close attention to draft talk leading up to early June 2013. Colorado's franchise worst season the previous year came with the right to choose one of the top three prospects in the draft -- a draft with three clear top choices. An improved Rockies club in 2013 pushes them down the list for this June's draft, but they are still high enough to make it interesting.

Colorado ended 2013 with a 74-88 record, which placed them in a four-way tie for the eighth spot in the draft with the Blue Jays, Mets and Brewers. MLB rules dictate that the draft position tiebreaker is previous season's record, which means the abysmal 2012 season just keeps gifting to the Rockies in the draft. Colorado easily won that tiebreaker, giving them the eighth selection. Toronto failed to sign their 10th overall pick in 2013, so they pick 11th, and the Brewers fall all the way to 12th.

Colorado actually managed to finish the season by winning a series at Dodger Stadium against Clayton Kershaw, Zack Greinke and Hyun-Jun Ryu. Had the Rockies predictably dropped that series, they would have switched places with the Phillies and picked seventh.

We will spend the next two weeks debating who the Rockies should and might select with the eighth pick, but first, let's look at what that selection has traditionally yielded once potential and promise gave way to injury, regression, disappointment and/or studly performance.

Forty nine players have been selected eighth overall in the MLB draft. Twenty never reached the majors, though the last four years' selections can probably be excused from that group. Eighth overall selections have produced 238.5 WAR, or 8.2 WAR per major leaguer. One of those selections is current Rockie Drew Stubbs, who has been slightly below average as far as eighth overall picks that reach the majors go. He's sitting at 7.4 WAR for his career.

Traditionally, hitters have been the better selection at that slot. Excluding the last four drafts, only two hitters in the last 35 years failed to reach the majors after being picked eighth: Outfielders Chad Green (1996) and Earl Cunningham (1989). Meanwhile, eight pitchers have failed to reach the bigs in that timeframe.

Pitchers have been particularly low-reward selections of late, as five of eight selections from 1999-2009 failed to make the Show. One of the three who did, John van Benschoten had a short and miserable time in the majors while Mike Leake and Paul Maholm have fashioned solid but not particularly notable careers.

The Astros and Dodgers have had the worst history drafting eighth, each selecting there three times without producing an above replacement big leaguer. Conversely, the Twins have arguably had the best fortune out of that slot, selecting three players, all of whom have a career WAR in the top nine among those selected there.

The Rockies and the Eighth Pick

Of course, the Rockies have had some good experience with the eighth pick in the past, selecting Todd Helton, whose 61.6 WAR is better than any two other eighth overall picks combined. 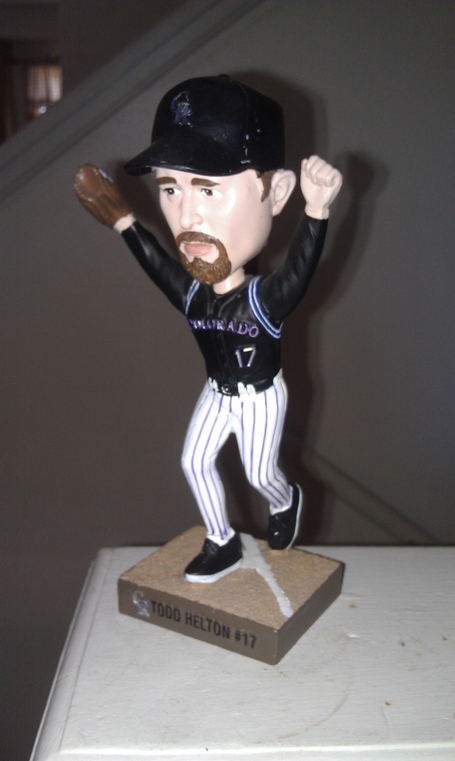 Colorado has also been on the other side of draft's fortune with the eighth selection, making the very ill-advised choice of Vanderbilt closer Casey Weathers in 2007. Weathers never harnessed his control issues after being the top reliever chosen. He suffered injuries and was shipped off to the Chicago Cubs in the Ian Stewart trade, and without having reached Triple-A, Weathers has not pitched professionally since 2012.  He was last seen being cut out of the Giants' camp this spring training, trying to get back into the game with a fastball in the low 90s.

Of course, the first round isn't the only round the Rockies can find impact players. The Rockies did not lose a notable free agent, so they don't get a compensation draft pick. However, they did get a fairly high pick based on rules from the new CBA.

On a day in which Tyler Chatwood lost a complete game thanks to a Zack Greinke complete game shutout, the Rockies won a Competitive Balance Lottery. They "earned" the first of 12 potential draft picks given to a pool of 14 teams, made up of the bottom 10 records and bottom 10 revenues in MLB.

Thanks to several teams forfeiting their compensation picks by signing other free agents and some qualifying offer hijinks with Stephen Drew, that pick ended up being a pretty darn good one, at No. 35 overall.

More qualifying offer shenanigans could benefit the Rockies, as the Mariners will forfeit their 47th overall pick if Kendrys Morales does not sign with any team before the draft. That would mean the Rockies would move up to 48th.

If history is any indication, there will be a good player available at eighth overall.Good luck Rockies. Don't screw it up. 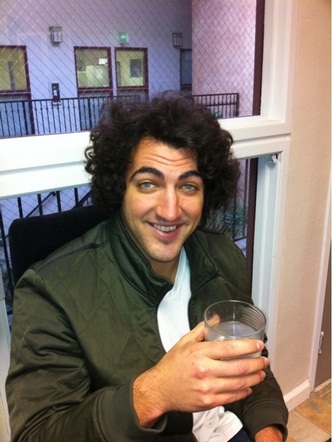