Christian Friedrich reportedly will start for Rockies on Saturday

Share All sharing options for: Christian Friedrich reportedly will start for Rockies on Saturday

The Rockies are expected to call up left-handed pitcher Christian Friedrich from Triple-A Colorado Springs to start against the Brewers on Saturday, according to MLB.com's Thomas Harding.

Friedrich will take the rotation spot of Juan Nicasio, who was optioned to the minors earlier in the week after allowing three runs on four hits and four walks in only two innings in San Francisco on Sunday. The Rockies, with their off day on Thursday, could have pushed everyone in the rotation up a day and avoided making a move. However, with Jorge De La Rosa dealing with back pain, which has led to ineffectiveness, and Jhoulys Chacin not too far removed from an injury that cost him the first month of the season, the club likely feels it's best keep things as they are.

That brings us to Friedrich, who has been flat-out awful for the Sky Sox this year. He owns a 7.89 ERA in 13 starts, surrendering 91 hits--including 11 home runs--in 67⅓ innings. That said, he boasts decent peripherals and, unlike most of the other options in the minors, has big league experience. Friedrich showed flashes of brilliance in an otherwise forgettable rookie season in 2012, finishing with a 6.16 ERA in 16 starts. The then-24-year-old struck out almost eight batters per nine innings and walked a modest 3.2 per nine but was plagued by the same hittability that has resulted in his poor Triple-A numbers this season. 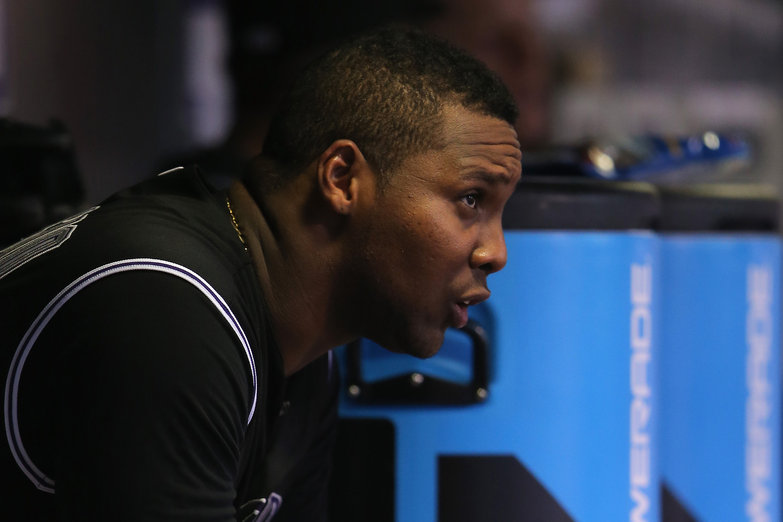 Colorado shook up its rotation and bench earlier in the week.

Friedrich is already on the 40-man roster, so the Rockies won't have to make a move in that regard. As far as the 25-man roster goes, Kyle Parker is probably going to be the victim of the impending crunch, but that's only speculation as of right now.

Harding notes that the other two realistic options, Triple-A left-hander Pedro Hernandez and Double-A right-hander Jon Gray, probably won't be considered due to their status of not being on the 40-man. Like Friedrich, Hernandez has major league experience, but it came with zero success and poor peripherals to boot. Meanwhile, Gray simply isn't ready; he's having trouble consistently getting through five innings on fewer than 90 pitches and hasn't had great command this season. That's not affecting him much against Texas League hitters, but that could be a whole different story if the Rockies were to decide to rush him to the majors.

The Rockies have already used 10 starting pitchers in 2014, notes Harding, and that's tied with the Rangers for the most in baseball. What began as pretty good--or, at the very least, certainly underrated--starting pitching depth has become an absolute dumpster fire as a result of injuries and poor performance. Brett Anderson, Tyler Chatwood, Jordan Lyles and Eddie Butler are all on the disabled list with assorted injuries while Nicasio and Franklin Morales have been booted from the rotation as a result of long stretches of ineffective outings.