D'Backs 4, Rockies 2: The Rockies come home, but still don't get back in the win column

What a terrible baseball game!

Share All sharing options for: D'Backs 4, Rockies 2: The Rockies come home, but still don't get back in the win column

On paper, this 4-2 Rockies loss to the D'Backs looked like an ideal chance to get back on track. The Rockies were coming home to Coors Field where they were 16-7 on the season to face a last place Arizona team, they had Jorge De La Rosa on the mound who was on a personal six game winning streak, they were facing Chase Anderson who was making just his fourth ever MLB start and was anything but overpowering in his first three, and the D'Backs were giving Paul Goldschmidt the night off.

It seemed like a perfect chance win a game after a brutal road trip.

Alas, the games are not played on paper...

The problems for the offense began in the first inning. Charlie Blackmon led off with a walk, and then things got ugly. Michael Cuddyer hit a line drive to right that looked like it was ticketed for the gap, but Gerardo Parra made an excellent ranging catch to his right for the first out. Justin Morneau then followed that up with what should have been a base hit to center field, but Charlie Blackmon inexplicably thought the ball was caught and retreated back to first base and was retired via force out at second base. This is how things are going for this team right now.

For the Rockies, the game started off with a walk, a line drive towards the right field gap, and a line drive that made it through the infield, and all they had to show for it was a runner on first with two outs.

Colorado also failed to score a run on another golden opportunity in the second inning. Following a Wilin Rosario single, Charlie Culberson hit a double to the wall which appeared to give the Rockies an early 1-0 lead, but after Rosario was originally called safe, the D'Backs challenged the play and he was correctly ruled out. After falling behind and intentionally walking DJ LeMahieu, Anderson retired De La Rosa to escape the jam.

The Rockies had two chances to draw first blood in the game and failed, and after eluding an early Coors Field disaster, Chase Anderson settled into a groove and retired 12 of the next 14 batters he faced. Only a fourth inning Tulowitzki single and DJ LeMahieu's second home run in five games (which got the Rockies on the board in the fifth) broke up the malaise of offensive ineptitude.

Jorge De La Rosa was far from his best tonight, but he battled though his struggles and gave his team a chance to win the game. He only gave up three runs in seven innings of work, but the rustiness showed as the D'Backs racked up seven hits and three walks against him. Even more telling was his failure to record a single strikeout. The only reason Arizona didn't have more runs is because the team went 1-12 with runners in scoring position.

All three runs surrendered by De La Rosa came in the fourth inning. Nick Evans and Chris Owings each launched solo home runs and Ender Inciarte made it around the bases on a single, a sac bunt, a wild pitch that should have been ruled a passed ball on Wilin Rosario's awful blocking attempt, and an RBI ground out from Gerardo Parra.

The D"backs would later net their forth run on two doubles off Rex Brothers in the eighth.

In what's becoming an all too familiar pattern, Carlos Gonzalez left this game at the end of the fifth inning with an inflamed finger injury. Cargo again looked terrible both at the plate (he's now 1-24 since May 21st) and in the field (he turned an Arizona double into a triple) before leaving, and this incident will only make the cries for him to go on the disabled list grow louder.

That decision should be made easier by the fact the Corey Dickerson (who apparently isn't allowed to make more than four starts a week) is only being retired right now when he hits scalding line drives right at opposing players.

The Rockies offense didn't start to really wake up until the ninth, but by then it was too late.

Tulo led off the inning with his 15th home run of the season to cut the lead to 4-2, but after Corey Dickerson's line drive single to left, the rally stalled.

It was then completely extinguished when  home plate umpire Jerry Layne rang up DJ LeMahieu on this strike three call to end the game.... 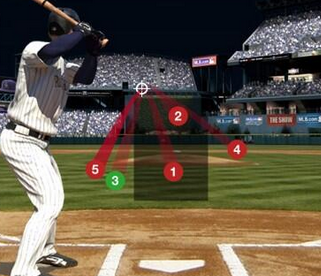 What's even more of a disgrace is that this may not have been the most embarrassing part of Layne's night. In the fourth inning, the game actually had to be stopped and reviewed because Layne lost track of the count and didn't know it had reached 2-2.

The Rockies didn't lose this one because of Jerry Layne, but his performance stood out for all the wrong reasons in an otherwise forgettable game. The level of incompetence behind the plate this evening was mind boggling.

Just one, JUST ONCE I would love the see the Yankees lose a game on a called strike three like this in the ninth in a close game.