Now that we've had a day to digest the Rockies' decision to do absolutely nothing at the trade deadline, what do you think about the current state of affairs under Jeff Bridich?

In case you went into hiding for fear of the worst, the MLB trade deadline passed without the Colorado Rockies making so much as a peep.

Colorado, which entered the frenzy reportedly considering trading lefty reliever Boone Logan and at least one of two veteran starting outfielders Carlos Gonzalez and Charlie Blackmon, decided not to sell. Or buy. Or do much of anything, really.

From a buyer's standpoint, there were clear areas of need. New bullpen acquisitions Jake McGee, Jason Motte and Chad Qualls have largely failed to give the Rockies quality innings. There were -- and still are -- potentially impactful bullpen pieces available, though most came at a price. Colorado also needed to shore up its bench, either by acquiring a starting caliber player to bump the average-but-not-great Mark Reynolds to a reserve role or by getting a versatile bat with pop.

Jeff Bridich and his staff opted to do none of those things. 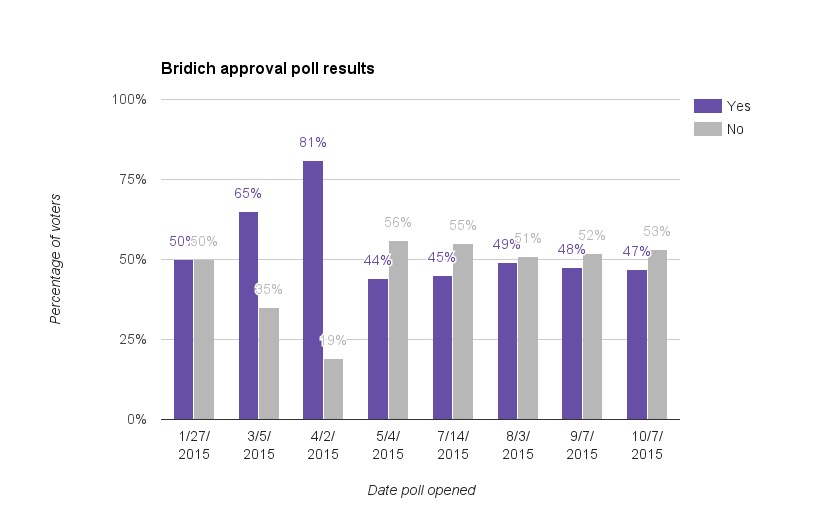 With the team's recent surge back to .500, the Rockies' front office also declined to sell any movable parts, most notably Logan and Nick Hundley, both of whom are on expiring contracts. There may not have been a market for Hundley, in all fairness, but judging by what many contenders gave up for relievers, there's reason to believe that the Rockies should have dealt Logan regardless of their contention status.

Still, it's hard -- for me, at least -- to get too worked up over the Rockies' inaction. There is a plan in place, and it's to develop a top-five farm system into hopefully a top-five major league club. We're seeing so much of that already with a current rookie crop that features Jon Gray, Trevor Story, Tony Wolters, Carlos Estevez, Tyler Anderson and David Dahl. And much more help is on the way.

But it's hard to say what veterans and team leaders such as Gonzalez and Nolan Arenado think about the decision to stay put. Both players have expressed their desire for improvements to be made to the team in an effort to start winning. Some of that has already happened. Could more be done? Absolutely.

At any rate, the club isn't done making moves. At some point soon, the likes of Motte, Qualls, Justin Miller and Gerardo Parra will have to come off of the disabled list. With perhaps the exception of one or two spots in the bullpen, there currently isn't any room on the roster for these players. What will Bridich do? And do you have faith that whatever he does will be the right move? Keep in mind both waiver trades and DFAs are possibilities, as is optioning better but ultimately more flexible, from a roster perspective, players to make room.

It's been a while since we've run this poll, so let's see if there are any major changes. Please cast your vote and comment below.