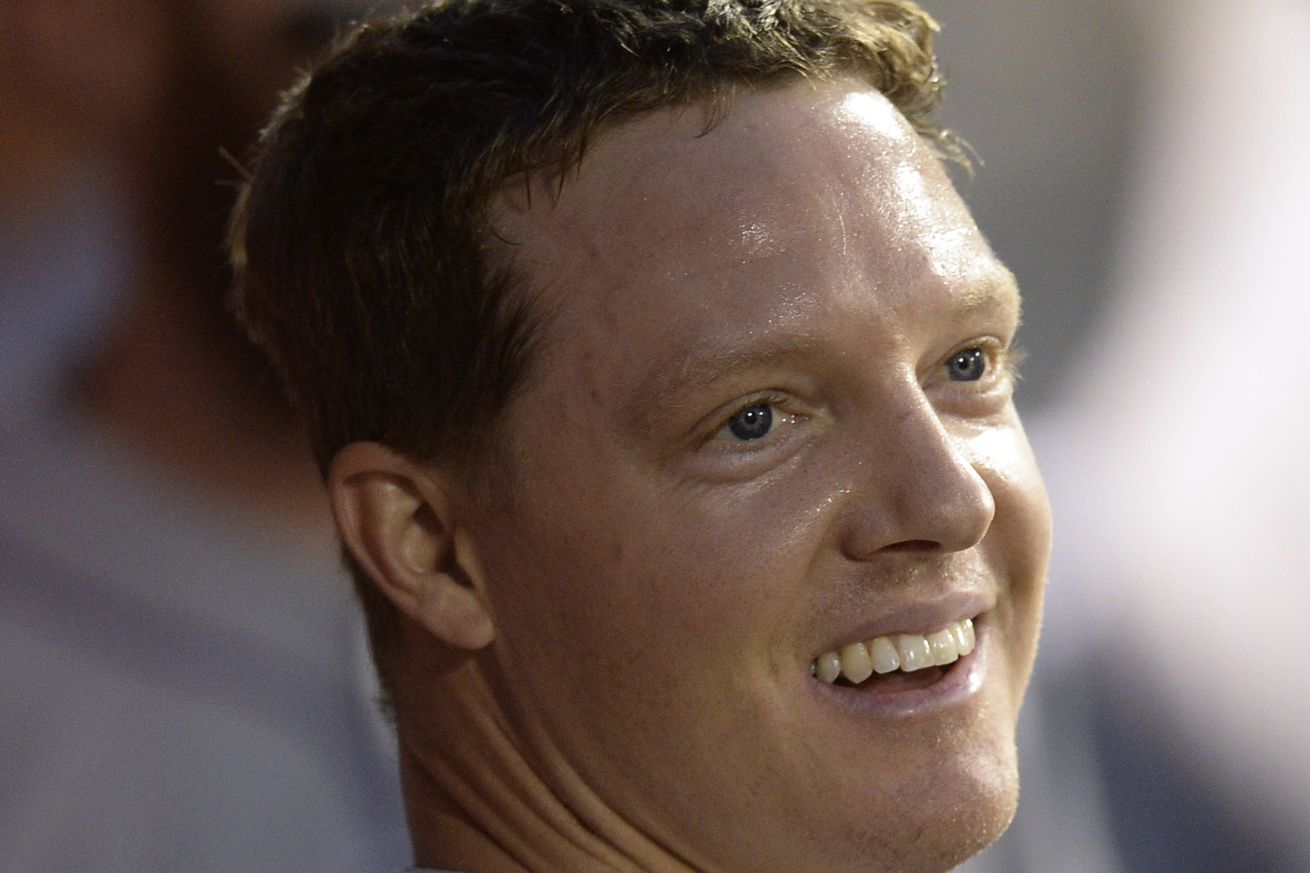 The Giants are probably higher than you'd like to see.

So this is in response to this here fanpost challenge (right click as always) but it's first and foremost a secret plot by the admis to get The Party Deck off the front page, but we won't let them succeed. If you don't know what the Party Deck is, it's where we go to talk off-topic things in-season, like recapping TV shows or the latest Denver Nuggets adventure. (though the usual caveats apply)

30. Boston Red Sox - pretty much exactly like the Yankees, but with a gigantic inferiority complex and a belief they haven't been anything like the Yankees at all. Might get to move up with suspected juicer David Ortiz no longer roid raging other teams phones into oblivion and possessing a knuckleballer, but that'll depend on the Dodgers.

29. Los Angeles Dodgers - Spend $250 million a year to clinch a playoff spot that you'll waste anyway, I hope all of your owners go bankrupt and Manfred won't bail you out like Selig did. Clayton Kershaw's really good. Brett Favre was pretty good. Aaron Rodgers is pretty good. Still hate me some Packers. Doesn't matter.

27. Chicago Cubs - I'm a Bears fan and a Bulls fan and to a lesser extent a Blackhawks fan, the whining about the Cubs curse drove me away in the mid 90s. Chicago is home of the most dominant modern era NFL champion ('85 Bears) as well as the most dominant NBA team of all time (never forget the Warriors blew a 3 - 1 lead in the finals), but sure, Chicago sports are cursed. I wish the Cubs drought lasted 400 years.

26. Florida Marlins - Even with the alliteration, I always liked "Florida Marlins" more than Miami Marlins. The one prediction from last year I'd like to get back is that the Marlins would reach the playoffs before the Rockies. Obviously things have changed. South Florida still should not have a team other than some Yankees high level affiliate.

25. Arizona Diamondbacks - I like to think the Rockies do have rivalries with their division-mates that aren't in SF and LA. Obviously, the super fraud 2007 Diamondbacks winning the division with a freaking minus 20 run differential is something I'm still bitter about.

24. Atlanta Braves - Good lord I hated getting owned by the Braves. Ridiculous strike zones for a baseball team in a (college) football town. The tomahawk chop is the second most annoying chant in existence after that stupid "Broooook-lyn" catcall they do at Long Island university basketball games.

23. New York Yankees - Just because they're higher here than most other lists doesn't mean I think particularly positively of them.

22. Oakland A's - The constant "Billy Beane Supergenius" story got old about five years ago. Their stadium is a literal poop emporium. In their favor: green is a criminally underused jersey color.

21. Chicago White Sox - All I want for Christmas is for Jerry Reinsdorf to sell one of his teams, doesn't matter which. He can't manage both, and it's always the one I like more that gets the short end of the stick.

19. Detroit Tigers - I would like for them to go away already.

18. San Francisco Giants - Nick Hundley can only cancel out so much of Oakland A's Stadium Impersonator Jon Miller. But dangit, he'll try.

17. Milwaukee Brewers - The team hanging out in Packers country. Ew.

16. St. Louis Cardinals - I think twitter overplays the BFIB gimmick, and they get some points for repeatedly beating teams I like less than them, but I would like them to be bad for a few seasons.

15. San Diego Padres - I bet if they were actually good more than one season at a time, I'd like them a lot less.Matt Holliday was ruled to have touched home plate.

14. Cincinnati Reds - Pete Rose has a lifetime ban from baseball for breaking the one rule everyone knows you can't break, except Reds country, I guess. Pete can go in the Hall once he's good and dead (and he should). Until then? I don't want to see his face.

13. Philadelphia Phillies - 2009 just made me numb instead of angry. They share a division with three teams I strongly dislike, so they get to hang out up here.

12. Kansas City Royals - Them making Dave Cameron (FG version, I guess they could have also done it to the British politician version?) look like a bumbling idiot for a good couple years was seriously enjoyable.

11. Tampa Bay Rays - Moved up a couple spots after acquiring #Dickmania even though he should get more PAs

10. Los Angeles Trouts of Troutsylvania - I guess there's a rest of the team here too, but he's like watching Larry Walker at Coors without needing to add Coors. It's bonkers.

9. Minnesota Twins - They should have signed Nick Hundley for no other reason than to keep San Francisco from getting him. For some reason, them being in the middle of Vikings country doesn't bother me as much as the Brewers/Packers even though I dislike the Vikings more than the Packers.

8. Texas Rangers - They've got Yu, who's pretty fun to watch.

7. New York Mets - Have bounced around from the active dislike to actively like to "You guys need to get rid of Jose Reyes so I can like you again" more than pretty much any other team.

6. Toronto Blue Jays - Were always pretty high, hanging out in a division with Boston and New York and not being them is always a way to stay high up on this list. Adding Tulo (I still love you Tulo) gets them about as high as you can get while having such a comically oversensitive fanbase.

5. Pittsburgh Pirates - 20 years of ineptness gets a lot of sympathy from other bad teams. Having a cool guy like Cutch when you finally get good (as opposed to a Bryce Harper or something) makes it better.

4. Seattle Mariners - The AL version of us except arguably more historically inept. Would we rather the Rockies just never win 95 games, or win 115 games and not even go to the world series. Holy crap, that's rough.

3. Cleveland Indians - I've got family from there, and I think they've done the right thing with Chief Wahoo, slowly phasing it out while continuing to acknowledge it existed, because well, it did, like it or not. Much preferable to quitting it cold turkey and making an attention-grabbing scene out of it.

2. Baltimore Orioles - See Toronto's comment about their division but then add that I went to school in Maryland and hung out with lots of cute O's fans.