In 2014, Matt (RIRF) wrote ‘the’ epic Purple Row article on the Coors Hangover. He made a few key points:

I looked at the same data as Matt, but starting close to when he left off and running to 2018. I present data here in graphical form instead of as a table. For each season, I looked at each NL team’s home and away wRC+. 2018 is below. As you'd expect, teams generally hit better at home (the blue line) than they did away (red line). 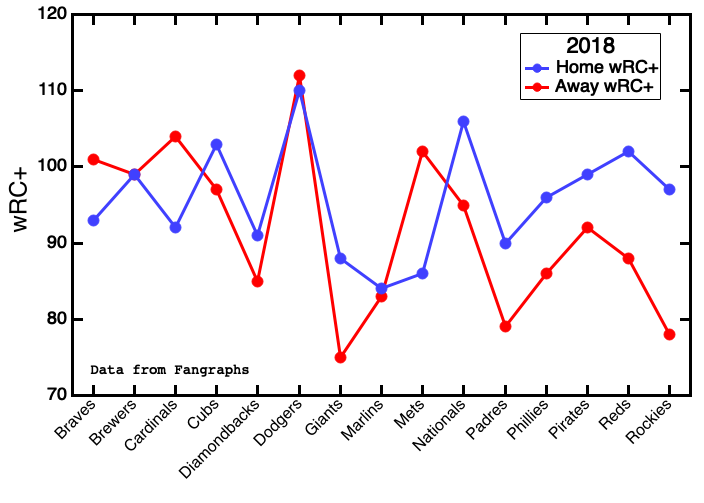 The graph below shows each team’s average home and road wRC+ for 2013-2018. Good teams during this era generally hit well (Dodgers, Cards, Nats, and Pirates). Bad teams hit badly (Padres & Phils). Almost everyone hit a good bit better at home. The Rockies hit OK at home … and atrociously on the road. This is consistent with Matt’s findings for 2002-2014. 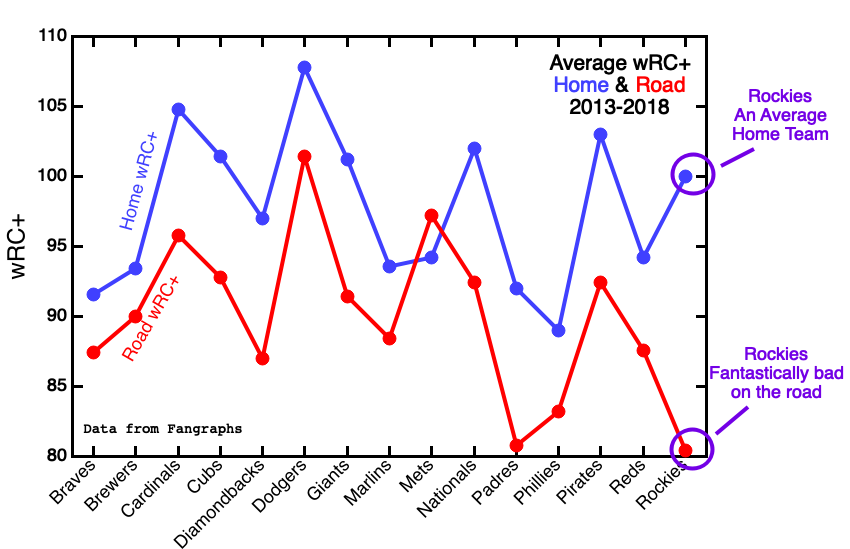 The Rockies are again an outlier

The graph below shows the difference in home and away wRC+ for each team (blue minus red in the graph above). [Thanks to ESterps for suggesting I make this a bar chart.] As already stated, teams usually hit better at home and so most points are near the average of ~8. There are 2 exceptions: 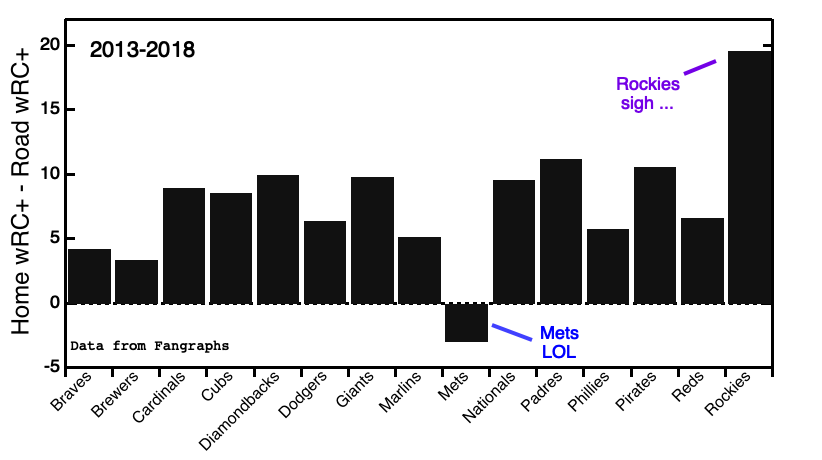 Summary and next steps

Note: This was originally posted in the February 19, 2018 Rockpile comments - but it is better served as a FanPost.

Editor's Note: This FanPost was originally published on February 20, 2019. The timestamp has been updated.