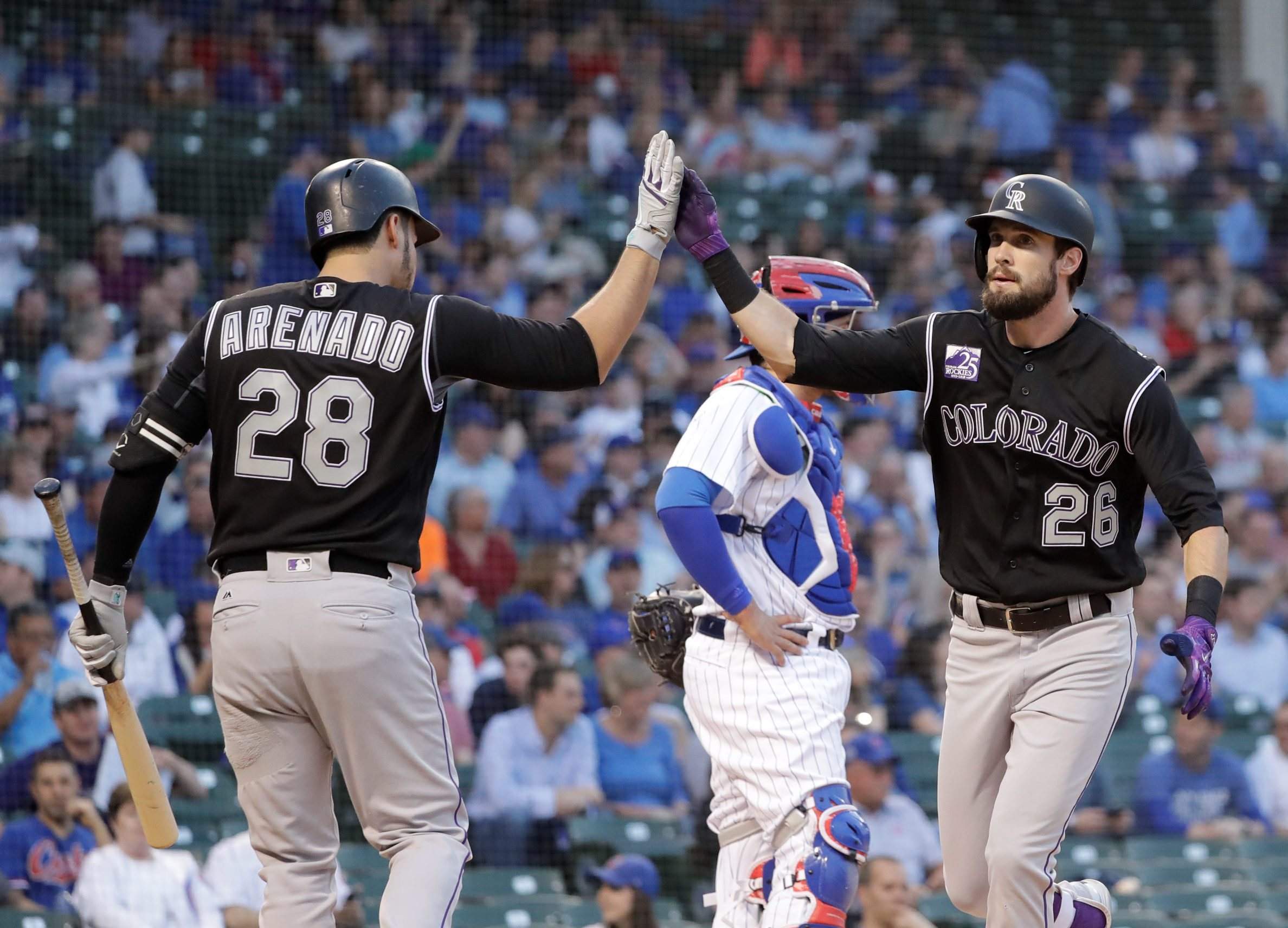 Happy Opening Day! Before our beloved Rockies embark on their 26th campaign I wanted to give my predictions for how this season will go. I have peered deep into the legendary Crystal Ball of Baseball (Baseball-Reference), read the ancient Tea Leaves of Blake Street (Fangraphs), and drank the Holy Water of the Mountain (Coors Light.) And I now believe that I have seen the truth that this 2019 season will bring to us all.

1) David Dahl will be an all-star

It's kind of nuts to think about it but Dahl is still only 24 years old. Unfortunately, he has suffered from a plethora of injuries in his young career (rib injury, ruptured spleen in the minors, & a broken right foot last year) but I believe that this will be the year that Dahl stays healthy and has a major bounce back year. Dahl is a true 5 tool player with monster power. Vegas has his season home run total @ 21.5, and considering he hit 6 homers in the last week of the season in 2018 I think we should all take a little bit of cash, HAMMER the over, and book Dahl a trip to Progressive field to represent the Rockies in the All-Star Game.

2) Nolan Arenado will be the NL MVP

I really don't think that I'm going out on a limb with this but after three consecutive top 5 MVP finishes, 2 consecutive playoff appearances, and a new 260 million dollar contract I think Nolan is due to take the next step and prove he is the best player in the National League by winning the MVP.

3) The Rockies will trade for a catcher

I don't know when and I don't know who it will be. But I do know that we have a hole behind the plate and the combination of Iannetta and Wolters ain't it chief.

4) If we don't make playoffs it will be because of hanging onto Jake McGee, Bryan Shaw, & Mike Dunn for too long.

For all the great work that Jeff Bridich has done as GM for this team, his free agent signings have been inconsistent and these three have been particularly poor. Resigning McGee after a solid 2017 season seemed smart at first but unfortunately, he is a fastball pitcher whose fastball is starting to show signs of decline (2017 average velo: 95.39, 2018 average velo: 94.34.) If he were to lose any more velocity on his fastball it could spell doom for the veteran. Lefty Mike Dunn is coming off of a left shoulder injury, and outside of the second half of 2017, he has been inconsistent at best for the Rockies. Lastly, there is our old pal Bryan Shaw, after putting up a putrid 5.93 ERA last year, he has continued his struggles into Spring Training this year (5.59 ERA in 9.2 innings.) While it is totally possible for 1 or even all 3 of these veterans to bounce back, I worry that Bud Black's preference to let his veterans work out of their struggles will come back to bite us in a close playoff race this year. Especially with some young flamethrowers finally coming up through our system (DJ Johnson, Yency Almonte, & Carlos Estevez) I think it's best to give them a shot as soon as possible.

Single game elimination baseball at the most beautiful park in America... sign me up!